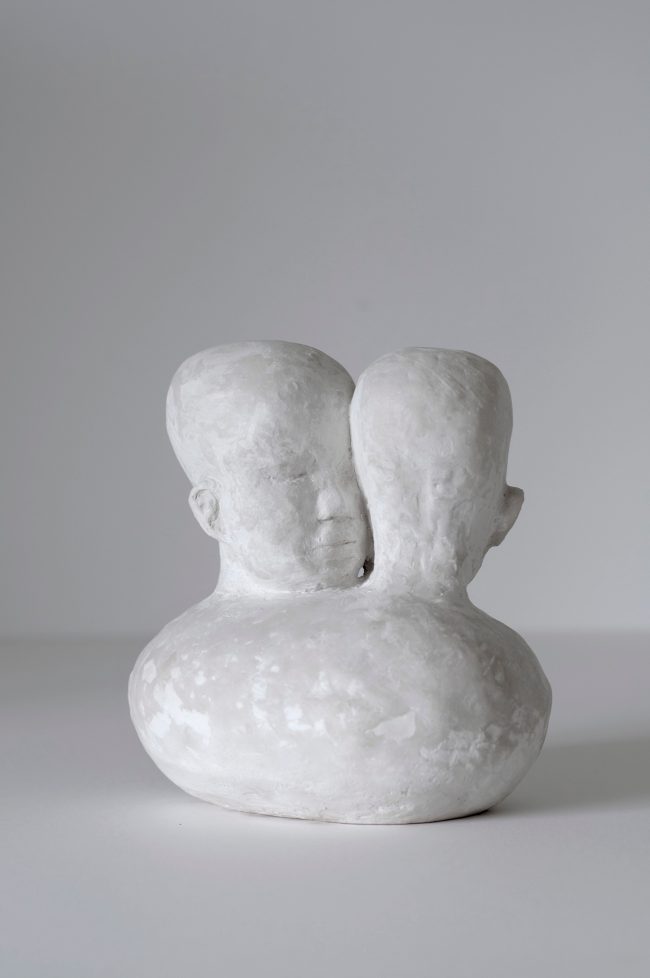 ‘Tvilling’ is based on a text by sculptor Bianca Maria Barmen, circling around her own experiences of close friends and relatives having lost their twin sibling in violent and unexpected ways. The singular form of the project title implies that the balance is lost. The idea is to create a “sculptural expression” revolving around dichotomies such as balance/imbalance, presence/absence, expected/unexpected etc.

‘Tvilling’ is conceived as an interdisciplinary performance project involving sound, movement, text, sculpture and video projections. Each of the four artists involved in the project will provide an artistic layer of expression to the performance. Bianca Maria Barmen is reading the text live and provide sculptures as scenography objects. Britta Olsson is creating and performing a choreography in relation to the text. Erik Peters is working with sound/music from a recorded version of Bianca’s reading. Freja Andersson is creating video projections using pico projectors. Both projectors and speakers are cordless, handheld and small enough to be moved around onstage during performance. Each layer of expression unfolds relatively independent from the others, and the ways that the layers interact will sometimes be unexpected.

A shorter pilot presentation of ‘Tvilling’ is planned for AKT III at Fylkingen October the 13th.

The second part of the residency at the IAC will take place from 9 to 11 December 2019.