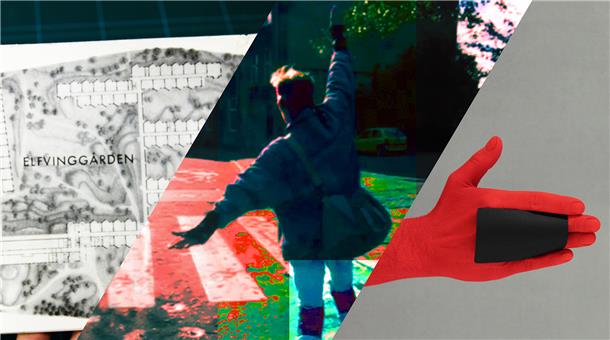 Colliding Narratives
An idyllic collective for women in Stockholm, the found footage of future religious concerns, and the childhood memory of magical trickery.

This collaboration began with the idea of using video in this specific White Room and give this medium the attention it deserves; as objects, narratives and pieces of bigger installations.The timelines are blurred out, the references are hidden, holy or idealistic, all depending on which angle you are coming from.

The foundation of Ellvinggården and the idyllic life of women. The book and the parallel story seen from different perspectives of women of different ages. The ideal is becoming obsolete in Scandinavian modern society.

Someone asked “Does magic tricks and art have anything in common?”. So the work is about magic lingo, but with focus on the indian rope trick which had its heyday in the early 20th century Europe.

A futuristic attempt of stolen material, adapted to the conspiracy plague of lonely hearts everywhere. Does religious epiphany appear at the time of ultimate trauma, loneliness, or is it a disease of power? Opposite prophecies meet in the City of Faithless Feet.