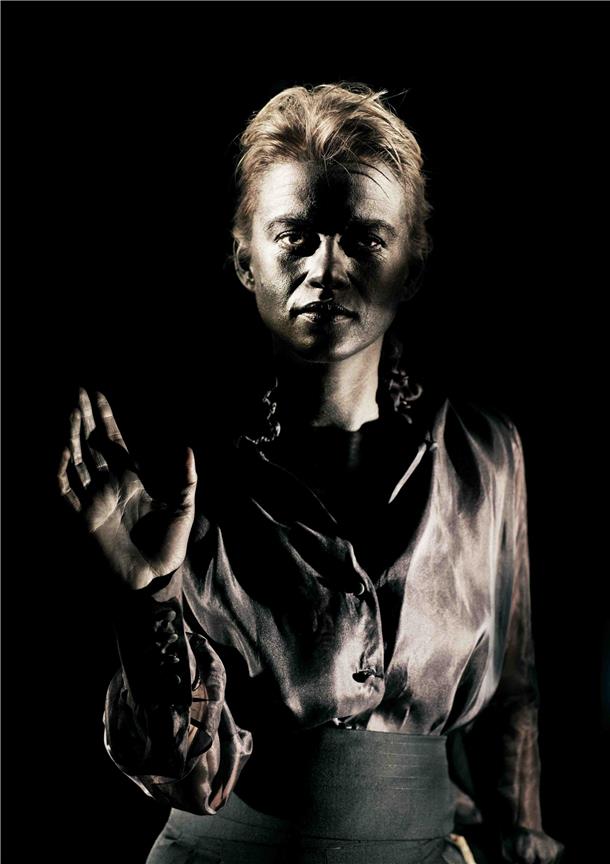 The Radical Potential of Acting aims at articulating the actor as an author, and the challenges and opportunities such a position poses. The project navigates in the productive tensions between the more traditional work of an actor in institutional settings, and a practice where the acting body also is the originator of the themes and ideas in the performance created. As a whole the research moves between issues of gender and power and desire and possible existence, and departs from the political and philosophical realities defined and investigated by feminist and phenomenological theory. The materials used are the body, the dramatic text and performance situation, the method the artistic work in itself and the object of knowledge produced is crucially the one offered by acting, i. e the performance juncture. The research work is further documented, analysed and discussed in text, sound, video and still images.

The research departs from two main points of investigation: acting as hermeneutic method and acting as a renegotiation of the Self. The two points correspond to the overarching hypothesis of the radical potential of acting:

1) a structural unsettlement where the (textual) interpretation is articulated by the acting body rather than in terms of traditional dramaturgical models, and

2) a stipulation of the reality on stage as a space for change which, since conditions can be far more controlled, enables a body to train a freedom it otherwise cannot exercise, in the long run empowering that same body to renegotiate it’s and other bodies existence.

A keen interest in bodily expression and knowledge runs through the work, which underlines the body as absent and/or present (as opposed to image), advocate dialectics and ambivalence and problematizes the structural, temporal and spatial impediments of the actor. That stability is imprinted on the acting body seems to be a both artistic and democratic problem.

Finally, drama without action is seen as a particularly interesting method of investigation: dramatic texts that operate through poetical and musical figures rather than linear sequences of action. The artistic articulation of the thesis will take the form of three productions on texts by Elfriede Jelinek: Rosamunde (2011), Die Wand (2014) and Winterreise (2015/16). Here acting, following Jelinek, can be considered “a concretization of poetry”.