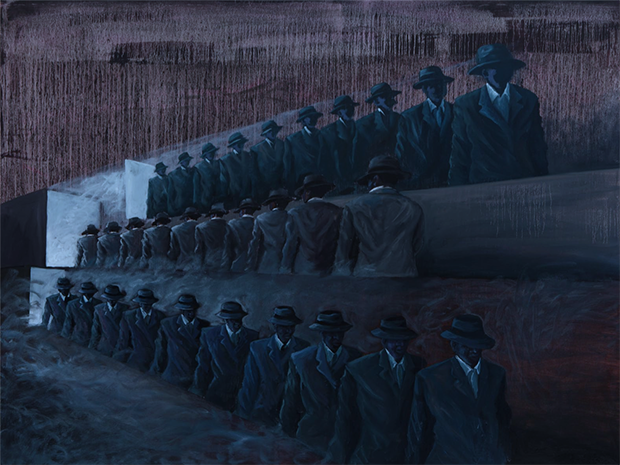 Ndikhumbule Nqginambi is holding a IASPIS grant as the guest of Malmö Art Academy, February to April.

Ndikhumbule Ngqinambi’s dazzling landscapes are restless beings.They seem to rumble with the weight of a charging army, or the resonance of a thunderous sky. They are things in motion, the gestures captured within them always moving, departed but not yet arrived, running and tumbling in a vast no man’s land between past and present, dreams and reality, promises and disappointments. As noted by Fay Jackson of Art South Africa, “Ngqinambi successfully makes political comment without propaganda, and conjures spectacle without being histrionic” drawing upon the traditions of both 19th century European Romanticism and 20th century Soviet art to create a style entirely his own, one that resists easy categorization. Both political and personal, critical and introspective, Ngqinambi engages with social contexts and histories in subtle and unusual ways.