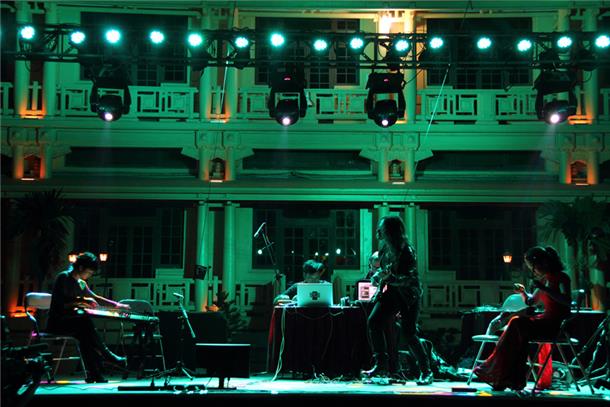 Music in Movement (launched in 2011) is a multi-disciplinary research project funded by the Swedish Research Council (VR) initiated by the Swedish guitarist Stefan Östersjö. The project builds on an expanded notion of musical gesture and the concept of merging the practices of choreographer and composer in the production of musical works that are conceived not merely as sonic entities but as compound units of sound and visual gesture. Music in Movement attempts to develop artistic strategies that allow musical composition and choreography to amalgamate and give rise to novel modes of expression.

Building on a multimodal conception of human perception recent research on musical gesture finds gestural images to be integral to the perception of music. In musical performance, these visual gesture-types and the sounding result of the actions create compound units that Rolf-Inge Godøy calls gestural-sonic objects. However, the theory and terminology for these new approaches to musical gesture is still in progress.

The research methodology is characterised by hybrid methods merging artistic practice with qualitative and quantitative analytical tools. Within Music in Movement, composers from Asia, Europe and USA have collaborated with the Swedish/Vietnamese group The Six Tones and the choreographer Marie Fahlin, video artists, technicians, light designers etc. in the creation of a series of films, installation- and performance art and a triple concerto with film, choreography and orchestra.