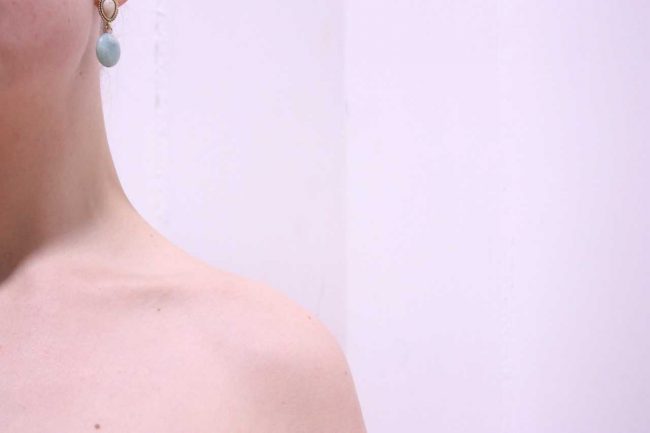 Originally, artists Madeleine Jonsson Gille and Anna Jakobsson planned to do a project about young women and internet culture. But when they read through the project description six months later, they were struck by the level of clichés in the text. One of them said:

“This is just as if two young female artists have tried to come up with a trendy art project where they can show off their bodies as a way of commenting on the digital impact on our daily lives”.

They were silent for a bit, not quite sure how to continue.

“I hate social media”, one of them said.

“Me too”, the other one admitted.

They looked at each other and couldn’t help laughing. Then they agreed on that the thought of making art about Instagram felt repulsive.

The other artist sighed and shook her head.

“Yeah, I really just want to go and hide in a corner”.

“For me it’s the opposite”, the first artist said, “I am stuck there and can’t seem to get out…”

Marble is beautiful, but it doesn’t move.

“Marmorsånger” is a collaboration between vocal performer and composer Madeleine Jonsson Gille and writer and stage director Anna Jakobsson. In this project, they will stop fighting the clichés associated with images of women in classical/operatic music and literature (which is, to be honest, much closer to their territories than Instagram art), and instead approach these with tenderness and curiosity.

Inspired by writers Anne Carson and Maggie Nelson and choreographer Susan Rethorst and Litó Walkey, to mention a few, the two artists will explore the rich world of female heroines and anti-heroines. To be your own heroine or anti-heroine, what does it mean today? What does it mean to be in charge of your own story rather than letting others writing it for you?

Madeleine Jonsson Gille and Anna Jakobsson will use their time at IAC experimenting with various ways of collaborative writing. Carving and sculpting with sounds and words, they will create shapes and forms where something, however familiar, unpredictable, awkward or adorable it may be, will happen.

Together Madeleine and Anna will design a live-art concept, which could be further developed both as a show/concert experience and as an ongoing research enquiry.

With support from The Swedish Arts Grants Committee and Helge Ax:son Johnson Foundation.