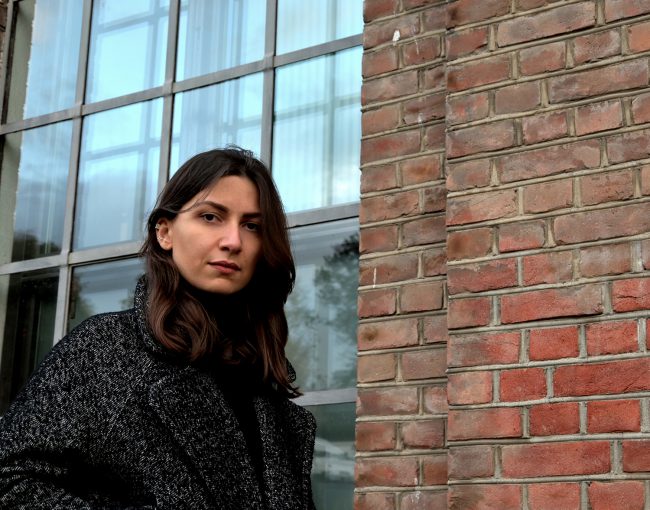 During the residency, Mariam will be working on a second version of her piece for multichannel electronics – ლოცვა / LOTSVA, commissioned by Ny Musikks Komponistgruppe. The piece is based on the prayers and chants from around the world that Mariam began collecting during the March 2021 lockdown. As she collects the recordings, she creates a new version of the piece each time it is performed. The first version of the piece was performed in Oslo, Fredrikstad and Trondheim and consisted of 24 songs from 20 countries. The second version will be composed during the residency and presented at the IAC on November 26 at 15.00 (more info TBA). During the concert Mariam will present her latest acousmatic and audiovisual works.

Mariam Gviniashvili (b. 1989) is an Oslo-based composer and sound artist originally from Georgia. Her compositional focus is on exploring the role of spatiality in music. Her artistic practice also extends to audiovisual works in which she explores the relationships between 3D sound and moving image.

She collaborates with performers and vocal ensembles, and creates music for dance and theater. Mariam’s music is regularly performed at international concerts and festivals such as Ars Electronica, Klingt Gut, Audio Mostly, New York Electroacoustic Music Festival, Ultima Festival, Cube Fest or BEAST FEaST. She is a prizewinner of the Prix Ars Electronica, winner of the Prix CIME – Residency and nominated for the Norwegian EDVARD Award in the contemporary music category.

Have a look at the promo video for ლოცვა / LOTSVA on Youtube.