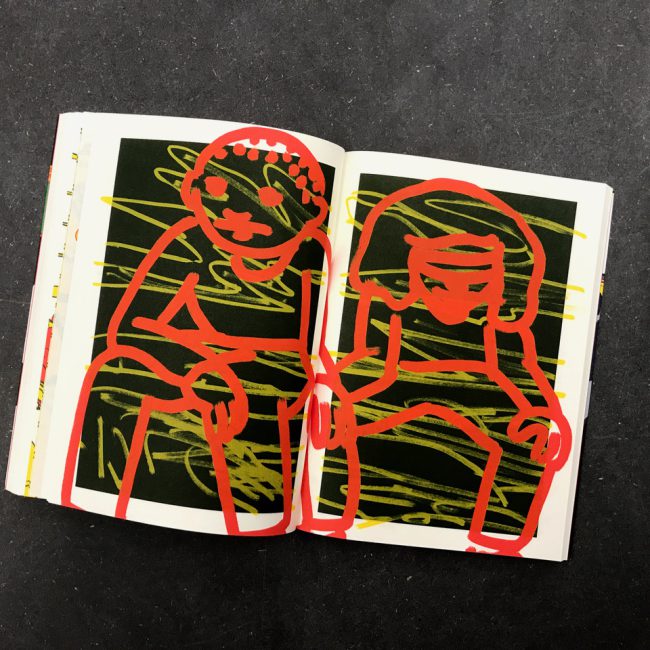 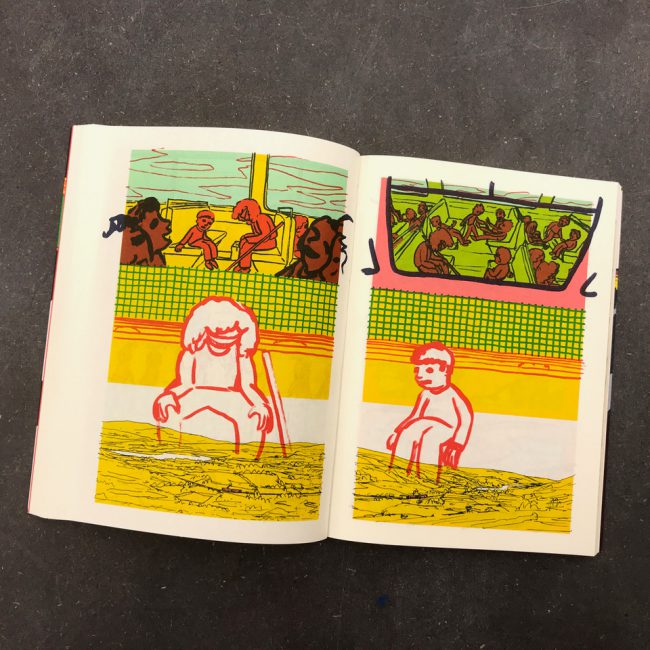 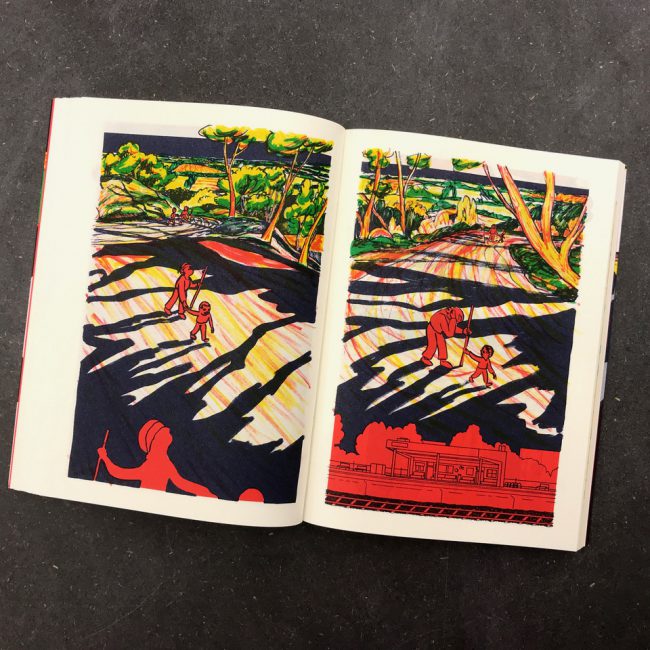 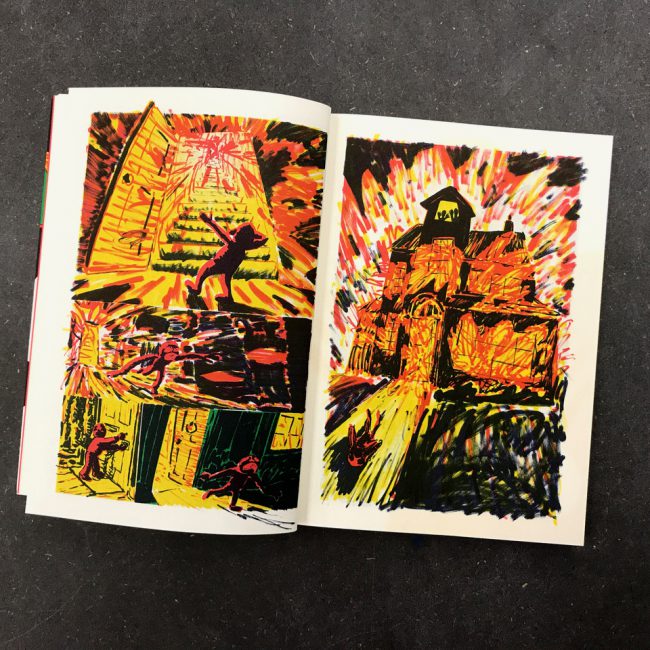 Artist, cartoonist and co-founder of Breakdown Press, Joe Kessler (London), is invited to Malmö for his second part of his residency as part of IASPIS International Programme for Visual and Media Artists.

Kessler holds an M.A. in print from the Royal College of Art, in London (2017). His book ‘Windowpane’ (2018) has been translated into French, German and Swedish (‘Fönsterruta’) and the French edition was awarded a prize for best debut at the comic book festival, in Angoulême, in 2020. His most recent book, ‘The Gull Yettin’, has been published by Lystring as ‘Måsvarrelsen’ in March 2022.

Joe Kessler, together with the Belgians Dominique Goblet and Olivier Schrauwen and the American Frank Santoro, among others, is one of the artists who is currently contributing the most to the development of comics with new design techniques. Inspired by his work with risography, he colors his images in different layers with the help of a computer, and then has them offset printed with selected colors. In terms of drawing, he is, among other things, influenced by the manga’s image-driven narrative technique, but replants it in his very own visual world where the visual aspect subordinates itself to the story. Kessler has a deep, basic understanding of the comic book form, while being opened to influences from many different types of visual art.

Kessler will work at IAC for two periods (21 March–19 April & 8 August–30 September). The residency is hosted by K3, the Department of Arts, Culture and Communication. During his stay, Kessler will be part of the K3 Riso Lab and the Comics Research Platform.