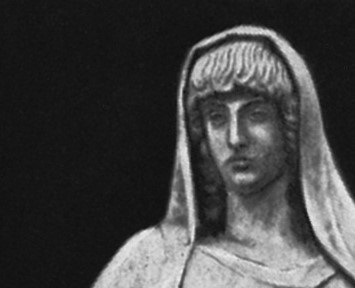 The work is presented as an installation at the bookstore Anti, activated at two occasions in a performance where a monologue I is performed, and as a study group (partly in Swedish) at the Inter Arts Center.

The starting point for HESTIA is a written monologue, where a bitter and neglected goddess tells about the self but also about the history of the home from antiquity to the present day. She does this to remind us that myths and rituals invade the idea of domesticity also in our present time. Her story accounts for bloody sacrifices and household deities, collective dwellings and utopian projects, and of homes that are no homes but investments in the era of market capitalism.

The study group at Inter Arts Center offers an opportunity to close read some of the project’s source texts. The selected texts reflect an interest in different mythologies surrounding the notion of the home, and what social and political implications such myths entail.

Send notification to hnscarlsson@gmail.com. First come first served. Texts will be distributed upon registration. The study group will be in English if required by the participants, however one of the texts is in Swedish.

21 September
Jean Robert, ”Hestia and Hermes: the Greek imagination of motion and place”, I The International Journal of Illich Studies, vol 6 nr 1, 2018.
Arin Murphy-Hiscock, The House Witch, Your Complete Guide to Creating a Magical Space with Rituals and Spells for Hearth and Home , 2018, s. 83–100.