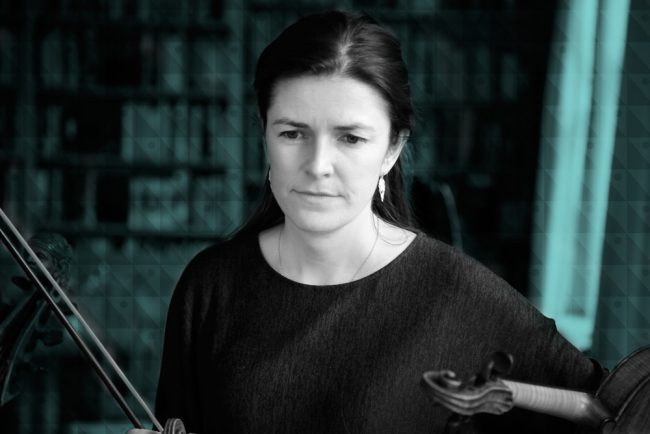 “Decades ago the Sugarcubes proved to the rest of the world that Icelandic rock was its own original creation – now Nordic Affect promises to do the same for the country’s new- music community.”

Halla Steinunn Stefánsdóttir has been the artistic director of Nordic Affect since its inception in 2005. Believing that the exciting things happen “in the connection” Halla Steinunn’s work with the ensemble has been a tour de force when it comes to collaborative relationships with composers, visual artists, and producers. Furthermore she’s brought the spotlight to women’s role in music history, leading to projects such as HÚN/SHE which was broadcast by the European Broadcasting Service in 2015.

With degrees from The Royal Danish Academy of Music and Indiana University School of Music, Halla Steinunn now holds a PhD position in artistic research at Lund University, in a time where the divide between creator and performer is being questioned in theoretical writings and in practice.

In her activity as curator and composer Halla Steinunn has tapped into her extensive experience as radio producer. Her playing is featured on albums on the Sono Luminus, Brilliant Classics, Bad Taste Records, Musmap and Deutsche Grammophon labels. Halla Steinunn’s latest album with Nordic Affect, Clockworking, has received various accolades and was featured as Album of the Week on Q2 Music and Second Inversion. Furthermore the title track was chosen for NPR’s Songs We Love series and featured in various best-of-the-year lists, including Steve Smith’s for Night After Night, Peter Margasak’s for the Chicago Reader, and Alex Ross’ article on Notable Performances and Recordings of 2015 in The New Yorker.