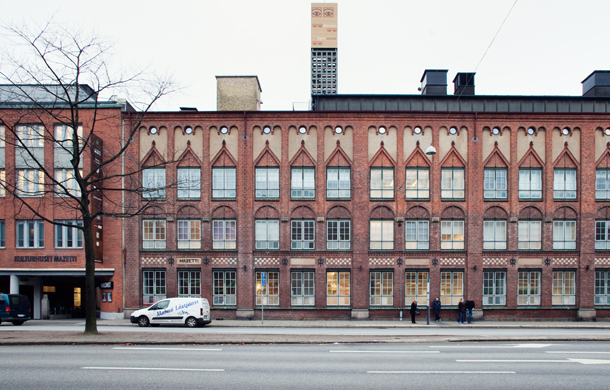 Who now, somewhere, upside down

This solo exhibition by Kevin Malcolm presents works from an ongoing artistic research project initiated in 2014. Its starting point is the Musée Guimet in Paris and the collection of Asian art amassed by industrialist and traveller Émile Étienne Guimet whose fortune was made in the production of a synthetic ultramarine pigment essential as a whitening agent. This project asks questions of European identity and the role of the artist as collector and exhibitor of images and objects.

A new publication, co-published by Varv Varv and Woodpecker Projects, will be launched at the opening. Entitled Outremer, the book explores Malcolm’s personal archive relating to the project alongside specially commissioned texts by Henning Lundkvist and Simen Joachim Helsvig.

Driven by an interest in how images, texts and objects communicate, Malcolm is concerned with unearthing subliminal layers of meaning. Through strategies of alteration, combination and repositioning, the work aims to highlight residual histories and power dynamics, enabling reflection on knowledge production and representation. His practice displays a tendency to engage with and rework found material and his work often features a fragmentation or decay of language and information, suggesting alternative interpretations and narratives. Born and educated in Glasgow, Malcolm is currently based in Copenhagen.

At 21 o‘clock on the night of the opening, there will be a reading by the artist and writer Henning Lundkvist from a text produced for our book on Malcolm’s work.

Singing in action – a kaleidoscope of improvisations

The exhibition presents aspects of classical and contemporary vocal improvisation in text, images and video. Sara Wilén is PhD Candidate in Artistic Research in Music & teacher in improvisation and opera improvisation. This presentation is part of her final defense of the dissertation.

The three-channel video “Parts” resembles a medieval triptych, where some figures are selected and monitored.

The women of the images exist amongst two spoken languages, English and French, and two sources of sound. On one hand, disturbing compositions, on the other, a clear voice over.

“Parts” traces an imaginary history over the feminine. In a world where women are being more objectified and diminished, we are left with their sounds and petite bodies – with contradictions and iconographies of fear.

From the tension of pure orality and small images, the work produces a narrative with many layers of interpretation. Therefore, it combines in one story, elements of social, ecological, psychological and political dimensions – that allows a personal re-organization and letting go of chaos. Paradoxically, it is from absurdity, that we may access to an experience of truth in this era.

The work tells the story of ambiguous princesses, lifeless fishes and mutilated bodies in the desert of emotions. It is a narrative of illusions and wounds, passed in Summers without Sun or heat.

Sound installation by Halla Steinunn Stefánsdóttir, one of Iceland’s leading names on the new music scene. H e (a) r, a work in four movements, received premiere at Nordic Music Days 2016 and has since then been aired in Iceland, UK and Sweden. Inspired by the glacier poetry of a rawlings the soundscape connects to ecology, acoustics and embodiment. As part of the all night event, Halla Steinunn (violin) and Nguyễn Thanh Thủy (dan tranh) of the newly formed group ‘ð’ will step into the H e (a) r sound installation space and improvise to Halla Steinunn’s photographic scores and field recordings from Iceland. The live performance takes place between 20-20.45 and as a little treat a free, limited edition of the photographic scores will be given away to early birds.

The installation is open until Midnight.

Their initiative focused on empowering young women from the Urban Village Khirkee and Hauz Rani neighborhoods to re-claim public spaces. The practice of active listening is the core of their dialogic method.