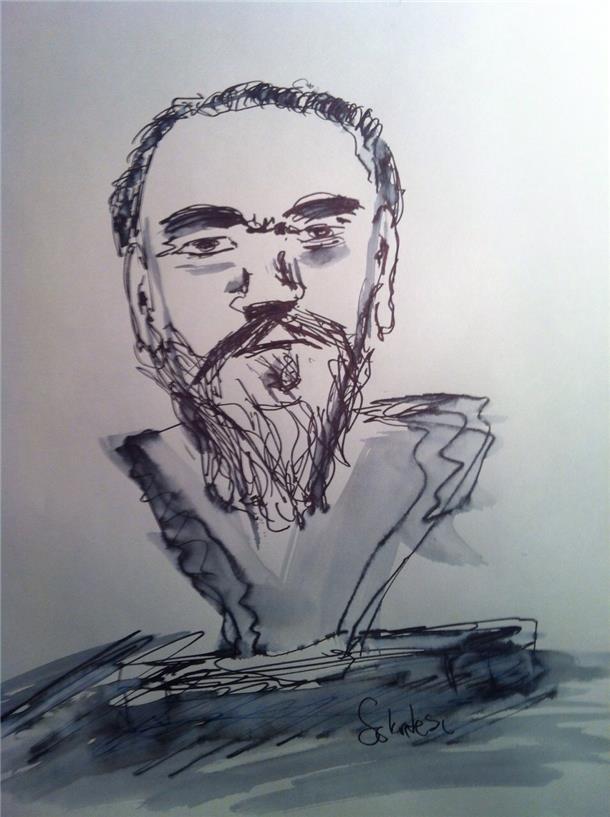 The Western world is saturated with images. Hundred hours of video are uploaded to YouTube every minute and there are more than one billion unique visitors each month. 200 million photos are uploaded to Facebook each day. The streaming film and TV service Netflix uses up nearly a third of the bandwidth in Northern America. Mobile phones, tablets and portable computers give us access to these services wherever we are, and we are immersed in media to a point where the discussion concerning virtual reality becomes nearly ubiqiutous as we are always potentially virtually present. Furthermore, as international corporate conglomerates are producing as well as controlling the flow of media, the ‘superconductive of illusion and non-meaning’ as Jean Baudrillard calls it , we are all part of the same aesthetic effectively eliminating local variation and cultural diversity. For Paul Virilio the photographic snapshot and the optical illusion of cinema are part of the ‘sensory deprivations we owe to the technological and industrial wastage of our perceptual capacities’, ironically producing what Walter Benjamin dubbed the image illiterates and from where we adopted the working title for our project. (Benjamin is likely to have picked this idea up from the Bauhaus artist Laszlo Moholy-Nagy who predicted that the illiterates of the future will be those ignorant to both the pen and the camera. The question today is wether the overload of visual stimuli leads to a better understanding of the visual language or, the opposite, to a lack of understanding for its nuances.

Wether this development is good or bad is not our concern here, we have no wish to value communication strategies in media, nor their social and cultural consequences. As artists working with media, however, we need to relate to the situation, not the least since the enormous focus on moving images affects the way our audience approaches our work. In the 80’s artists could work with Virtual Reality and create works that were not only artistically impressive but also technically elaborate. Today, while there appears to be an infinite number of amateur videos shot with low resolution cameras, suggesting that quality is by far superceded by content, the technical quality and manpower put into producing the big blockbuster movies is far from what can be done in an artists studio, and the level and sophistication of interactivity in some aspects of computer games overreaches what is possible to achieve even in large artistic research groups. The changing landscape of media consumption and the altered means of production clearly influences also the dramaturgy and the narrative stance. What is the role of intermedia art in the context of present day entertainment consumption? How can we communicate with our audience, circumventing the many pitfalls of commercial film and TV production? How can we approach and make use of dramatic concepts common to film, media and music without losing our artistic integrity? Our hypthesis is that by drawing on some of the traits of media we will be able to understand and contextualize our own work within this quickly changing landscape while at the same time create a potential interface to our work for the audience.

In our project we are interested in entering this field asking questions concerning the roles of music and video in coexistence. Our method is to deconstruct the narrative of the themes we chose as our working material in order to find a common ground on which we can found both the music and the video. In a twisted version of the emph{the common third} we allow a common aspect of the work to be the negotiator between the two elements. In our previous work we have used the narrative as our third element. In this sense the work itself is merely the carrier, the media, through which the thematic contents, non-narrative or narrative, temporal or a-temporal, are communicated. In our previous work this is the way we have approached the task, but in the proposed project, and through the etudes, we will work with others. These can range from concepts specific to one of the mediums such as dramaturgy, counterpoint and logic but can also aproach phenomena or specific techniques such as cliffhanger, visuality and synchronicity. Our overarching goal is to allow both the music and the video to transcend the boundaries of their respective idiomatics and become interdependent narrative players in the evolving drama.

The exact process may be altered as we go along, but in essence we will set about exploring a set of well known dramatic instances or common myths and reenact these in different ways, using some of the techniques discussed above. Iterating through our chosen material we might eventually begin combining some of the etudes in larger works, but most of all, this will build working material and experience for a larger artistic project in 2015.