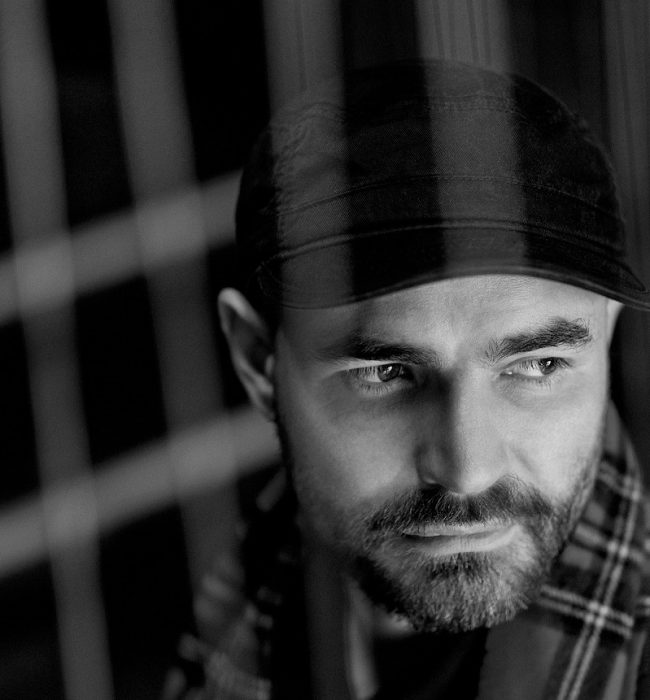 ‘Chamber Cinema Set’ is an ongoing project that Danish composer, Simon Christensen and the American filmmaker, Robert Schaller, began back in 2012. The main goal of the artistic collaboration was to create live events that involves Chamber music and analogue film projected live on stage. A substantial part of Christensen’s works focuses on the combination of acoustic instruments and analogue, electronic sound sources, but he also writes music for traditional combinations of acoustic instruments.

Parts of the ‘Chamber Cinema Set’ have been performed live in Holland, Denmark, USA and Canada. The live setting involves Robert Schaller and ‘Mono Duo’. ‘Mono Duo’ is Simon Christensen performing on zither, percussion and analogue electronics, alongside with classical cellist, Peter Morrison.

The ‘Chamber Cinema Set’ is five movies, one without music and four with original music.

The Danish Art Council decided back in 2017 to support a release of the ‘Chamber Cinema Set’ project on DVD/Blu-ray. It will be released late 2019.

In 2012 both Simon and I showed work at the Rotterdam International Film Festival:  Simon had written the score to Bill Morrisson’s filmTributes-Pulse, and I was showing In the Shadow of Marcus Mountain.  Simon found me and said that my film was music.  I was happy to hear that; I had, in fact, worked for years to create films to be just that, and we decided to work together.  The result was what we referred to as The Chamber Cinema Project.

Chamber Cinema is most fundamentally characterized by two ideas.  One, that film is, to use film scholar William Wees’ term, light moving in time.  It is thus fundamentally like music, and can be structured using principles analogous to those that apply to writing music: it is capable of being “visual music.”

The second idea is that film and its projection can occupy the same performative space as musicians, and needn’t hide invisibly and magically in a booth.  Rather, it can and should take it’s place as an equal among equals.  Thus, Mail, our first collaboration, has a cello part, an electronic part, and a film part.  The music was not written for the film, nor the film made for the music: they were made as parts of a single score, to be performed live.  As such, it has been performed in Rotterdam, Copenhagen, Los Angeles, Vancouver, Baltimore, Boston, and several locations in Colorado.  In each case, it was a piece of chamber music wherein the projector and projectionist were just another instrument and player, like the cello and cellist.

The Chamber Cinema Project has continued, and has blossomed into a growing set of works which can be performed live, as chamber works.  Why should musicians have all the fun?  For me, as a filmmaker, there are few things as enjoyable as performing with a group on stage.

Robert Schaller’s notes to the films

In the Shadow of Marcus Mountain (2011 16mm Black and White film, Silent)

The structures of our thought filter what we see, and in fact there is no seeing apart from those structures.  This film is part of an ongoing project to show where I am in a (here, natural) landscape in a way that reflects those structures of thought.  It is hypnagogic, to use Stan Brakhage’s term not so much perceptually (although to some extent that too) as conceptually.  Our eyes see constantly, but what do we actually notice?  That vision is excessive, wasteful, even; in paring down, it becomes both more spare and more concentrated.  It is also a meditation in process of how my marvelous son Marcus has changed my life and my way of being in the world, reimagining a place where I was already.
Shot with a homemade pinhole camera onto commercial emulsion.

A reflection on an ancient act.  A letter from the ephemeral pinhole world is sent, written, and received. Shot with a homemade pinhole camera onto commercial emulsion.

The film was originally performed in Boulder and Telluride, Colorado, in 2000.  A new score was written for the film in 2014, and it was performed at the Wundergrund music festival in Copenhagen, and revised for the REMI film conference in Rotterdam in 2016.

Aleatorically derived (using Skittles and the Golden Ratio) from Homer’s Odyssey and Gertrude Stein’s Stanzas in Meditation, If Not One and One offers a kinetic and visual exploration of identity in a postmodern world.  Its original production involved the dancer, Michelle Ellsworth, interacting with her own often abstracted image (filmed onto home-made gum-printed emulsion).  The piece can be presented in a variety of ways, from (as here) a completely recorded event, to film with live music, to film with live music and dance.

Shot with conventional cameras onto both commercial and homemade emulsions.

In September of 2013, there was a massive flood in the mountains where the filmmaker lives, above Jamestown, Colorado.  It was somewhere between a one hundred and five hundred year event.  Houses, roads, and infrastructure were destroyed, and at least one person lost his life.  For several years afterwards, everything about life was disrupted.  The Jamestown flood was something of a best case scenario, given that it happened in a developed country with insurance and public works funding.  And yet it was a disaster, pointing emphatically to the need to address the worsening global climate crisis that makes catastrophic events like this increasingly common. The film sets out to convey the sense of confusion and disorder written onto the landscape by the raging waters that still affect life years after the event that caused them.

A single human figure waves back and forth in a pattern that reproduces the composer’s movements making the shaker sound on which the piece is based.  The movement was initially videoed with a phone, the sound recorded on a good deck.  The video was then analyzed carefully frame by frame, and converted to a movement score that was then performed by a dancer and a homemade camera.  In this process it becomes something other, refracted through multiple layers of interpretation, its calm insistence full of a sense of meaning that finally passes without ever having revealed more than the enigmatic gesture itself.