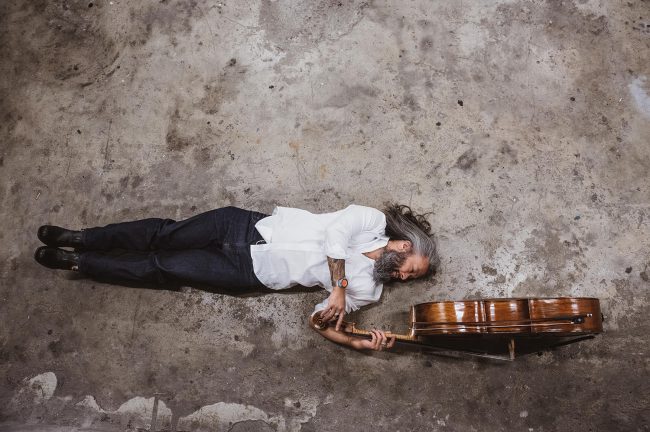 Cellist Éric-Maria Couturier will be sharing his experience in a diverse panorama of activities in Malmö from the 25 October 2022 to the 1 November 2022, organised by PhD candidate Bertrand Chavarría-Aldrete.

27 October, 13:00–16:00 – Recital with new works for cello solo and electric guitar pedals from the Composition Class of the MHM, location: Malmö Academy of Music, room: Y208 Read more about the recital here.

Born in 1972 in Vietnam, Éric-Maria Couturier obtained the highest distinctions during his studies at the Paris Conservatory, in the class of Roland Pidoux. Eclectic and versatile artist, passionate about all styles of music, Éric-Maria Couturier performs on ma-jor international stages with the Ensemble intercontemporain, solo or in chamber music with the trio Talweg, Mauricio Pollini, Martha Argerich and Juliana Steinbach. Éric-Maria Couturier has collaborated with personalities such as Boulez, Sawallisch, Solti, Giulini, Kur-tag, Eötvös, Mälkki, Nott, Pintscher, Rundel, Deroyer. He has played the cello concertos of Haydn, Dvořák, Korngold, Eötvös, Merlin, Fujikura, Saraariaho, Kurtág. Yann Robin composed his cello concerto “Quarks” performed in France, Switzerland and Japan. The recording was released in 2021. He is collaborating with many ensembles such as Lemanic with whom he recorded the Yann Robin new cello concerto. With Bertrand Chavarria-Aldrete artist and guitarist, they created the new langage of the music of Jose Luis Torá. The critics acclaimed the Schubert album released by trio Talweg in 2021 and Ravel/Gubitsch création trio in 2019. Passionate about pedagogy, he teaches as assistant professor at the Paris Conservatory, and has been regularly invited to give masterclasses and workshops on classical and contemporary music in France, Russia, Korea, Japan, China.