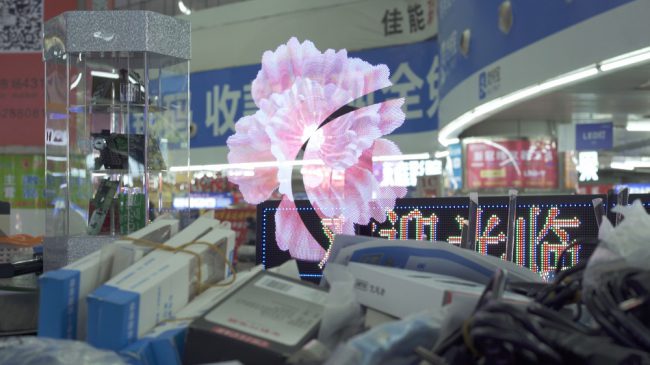 An Image of What You See
Lena Bergendahl

‘An Image of What You See’, is an ongoing video project that reflects upon seeing, creating and mediating images through the perspectives of technology, economy, politics and geography. These questions are visualised through an interview with a director, talking about a film in the making. Parts of the project have already been recorded in Shenzhen, China and in Hong Kong. The project is an attempt to visualise the structure of technological mediation, where layer upon layer of information interact with each other. The narrative of the film will therefore be built up through meta stories told from different perspectives and through different mediums, moving back and forth between film and director, camera and viewer, thoughts and images. At IAC the project will be further developed, and additional scenes will be recorded.