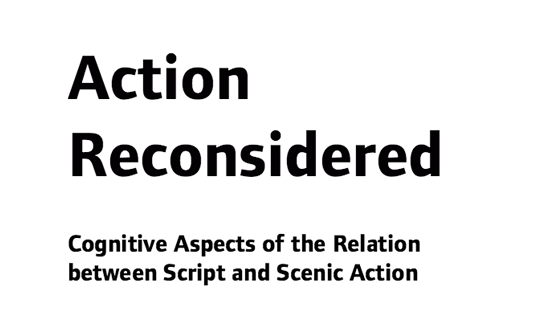 In his doctoral thesis Erik Rynell investigates the element of action in traditional as well as modern and postmodern theatre from a cognitive approach. Human ability of action, action detection and action recognition has attracted great interest within contemporary cognitive science. Rynell demonstrates how ways in which the element of action is treated within the practice of acting and actor training, according to important writers in this field, coincide with new finds within cognitive science.

In his present research Erik Rynell applies a cognitive approach to theatre forms that transcend borders between different art forms and media, and that are not based primarily on a dramatic text and scenic action in the traditional sense.

Erik Rynell has been teaching at Malmö Theatre Academy since 1982. He is associate professor of Theatre theory and he has also initiated an education in dramatic writing at this school. As a researcher he is affiliated to Center for Cognitive Semiotics (CCS), Lund University.