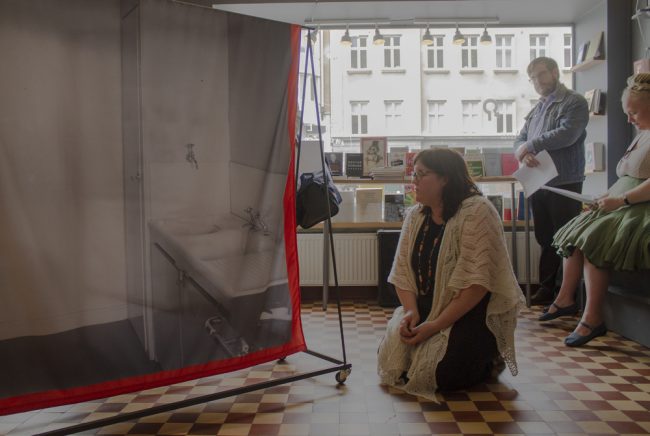 The starting point for the project HESTIA is a written monologue, where a bitter and neglected goddess tells about the self but also about the history of the home from antiquity to the present day. She does this to remind us that myths and rituals invade the idea of domesticity also in our present time. Her story accounts for bloody sacrifices and household deities, collective dwellings, and utopian projects, and of homes that are no homes but investments in the era of market capitalism.

HESTIA was first shown as a performance where the monologue was performed by actor Helene Björkman (fall 2020). The new version of the project, still starring Björkman, is a filmed version of the performance, with new scenography. The film will be part of an exhibition as a screening in the public realm in Malmö 2022. The film is financed by Malmö Artmuseum (that commissioned the piece) and the public housing company MKB.

<<< Back to Hans Carlsson’s page