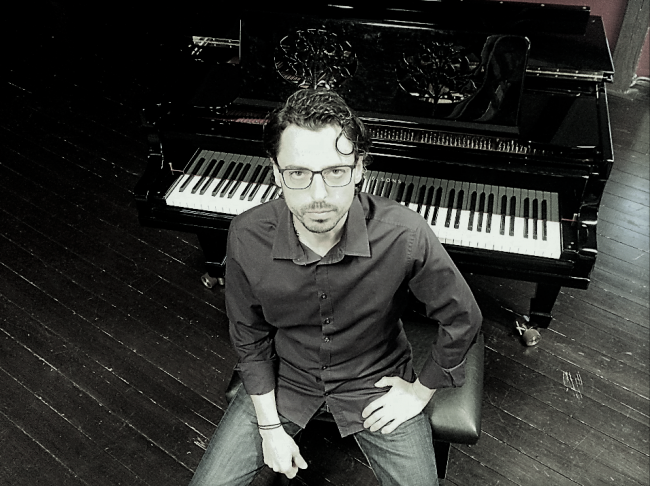 Fabio Monni is interested in how sound and space can relate with each other. How could the characteristics of a certain venue influence the composer’s work and be implemented in the composition is a question that he tried to answer through several pieces as well as sound installations. He is particularly interested in venues which are not normally devoted to music performances such as museums, public buildings etc. whom architectures and acoustics could be musically exploited.

In the last four years Fabio has gladly worked with writers and actors in projects where electroacoustic music, vocal performance and theatre could establish a hierarchy of equal importance. Between them can be named a radio-opera ‘What’s That?’ (with the support of SwedishArtsCouncil), a sound installation with one actress on the scene ‘Babette – a dinner scene’ (based on Karen Blixen’s Babettes Gœstebud) and ‘Konvergens’ (funded by Kulturradet, Kulturskane and Forfattarfonden) for two actors, singer and electronics with live spatialization.

His work around space led his interest towards the open space of the city and the tradition of sound-walk. In his recent residencies (IAC and Tempo Reale, Florence, Italy) the soundscape of the cities of Copenhagen and Florence are morphed into compositions; the sound material, structure, poetry and impressions are derived from the recorded tracks. These residences are part of an ongoing project named ‘Morphing the soundscape’ which aims to create a creative sound map of different cities in Europe.

A new creation commissioned by ‘Tempo Reale’ premiered the 25th September 2018 in Florence. Another commission for the museum of modern art ‘MAN’ in Nuoro, Italy, will premiere during Spring 2019.

Fabio Monni has completed his music education in both Italy where he graduated in Piano, Organ and Composition at the “G.P. da Palestrina” Conservatory in Cagliari, and Sweden where he completed the master II in composition at the Lund University with Luca Francesconi.