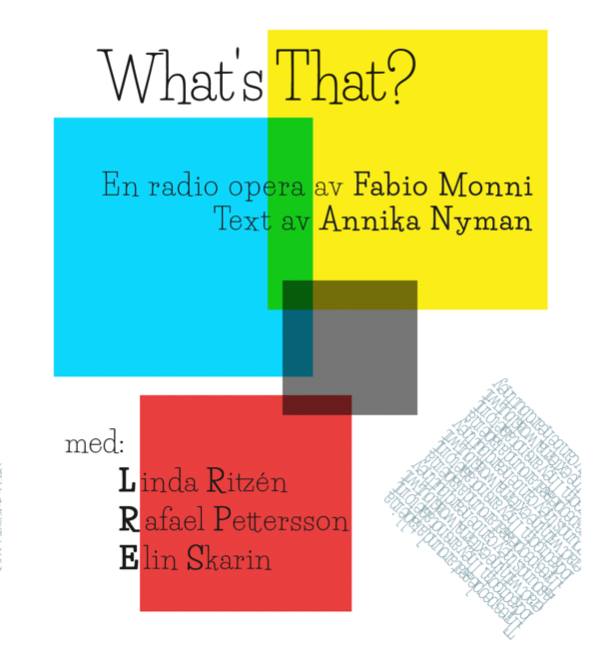 A radio opera by Fabio Monni. Text by Annika Nyman

Plot
The drama takes place in a possible close future, inside the frame of a popular radio program, a sort of radiophonic Big Brother. Three people seat around a table in a locked room. They are not able to interact with the external world but with sounds, they can be heard but they cannot hear what is outside. Hundreds of microphones placed all over the world send into the room sound sample in real time.Their task is to use this sounds to build a realistic soundscape. This is the only way to get out of the room.
A soprano, namely the choir of the tragedy, together with actors, a trombone, a piano and electronics are the protagonists.
The project was developed at IAC, Lund University in Malmö during 2015.

Theme
Three people find themselves isolated from the rest of the world and yet surveilled by others. Their immediate and personal needs will prevail over their common task.