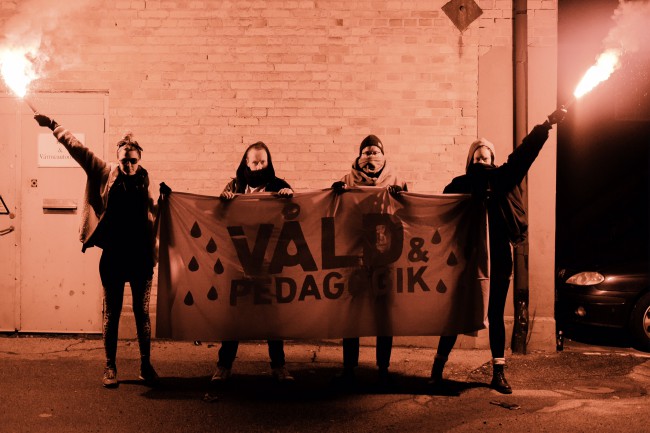 Similar to the way the police prepare themselves for crowd control not only by talking it through, but also setting up and playing out scenarios, we can prepare ourselves physically for a discussion about political means and ends. We want to consider the embodied knowledge of a certain action, situation or in a larger context the tacit knowledge of a political practice or a social movement. The possibility to move from the role of a bystander to a participator is the possibility to take a critical position on action itself, it is also possible to focus on a theoretical discussion about practice at a wider level.

This is an ongoing research project which aims to develop a form of pedagogical performance method inspired by Bertolt Brecht’s early theories about the Lehrstück and a theatre that is to be played rather than watched.

The project is inspired by Die Maßnahme, a play about politics and radicalism which still today is considered to be one of the most controversial texts in the German post-war era.

Our take is to examine the current militant social movements in Europe in scenarios which are loosely based on real events, reenacted with actors and a live audience. A major part of our source material comes from interviews with militant activists, focusing on their own experiences.