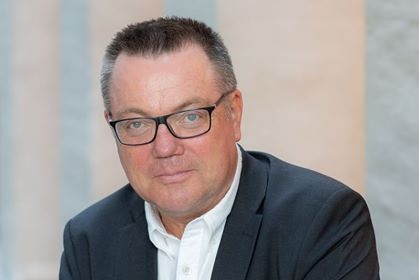 SCIENCE? SCIENCE? … AND WHAT ABOUT ART AND SCIENCE?

Bengt Kristensson Uggla is Amos Anderson Professor in Philosophy, Culture, and Management at the Swedish-speaking university in Finland, Åbo Akademi (Turku). He is a distinguished expert on Paul Ricoeur’s philosophical project and has developed a cross-disciplinary hermeneutics in fifteen books and numerous of articles. Bengt is a frequently invited speaker, in society and academia as well as in art institutions, he was the director of the Nomadic University for Art, Philosophy and Enterprise in Europe (Nurope), which was organized in collaboration with European Cultural Parliament and Cittadellarte-Fondazione Pistoletto (2006-2011), and has the last ten years acted as scientific leader of AmosLAB where he has collaborated with Jan Kenneth Weckman and Jan-Erik Andersson among others.

In his book ‘En strävan efter sanning: Vetenskapens teori och praktik’, released in 2019 and now being translated into English with the preliminary title: Science as a Quest for Truth: Welcome to the Laboratory of Interpretation, he presented an original theory of philosophy of science. Visiting Malmö, he is going to speak about what scientific thinking means today as theory and practice, how to cope with different science narratives, and the challenges for academia in an era Post Truth, but also elaborate on the scientific dimension of art and artistic practices – as an invitation to a common conversation.