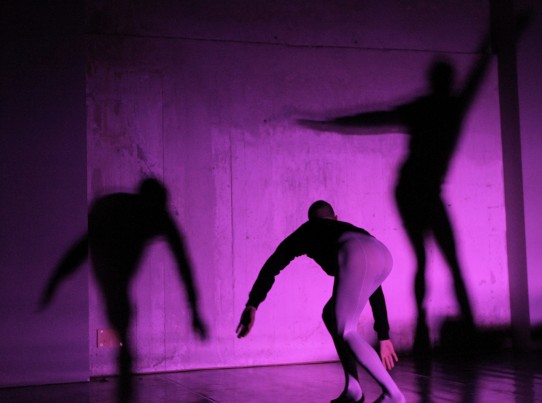 A work constructed between the ballet’s bodily framework, an evasive and ambiguous subject, and a musical score that begins to alienate itself. Tentative and speculative proposals crashing various materials, and initiating a dialogue between the three.
In the piece, the ballet works both as a system of symbols, but also as a framework for new bodies. Instead of capturing the center of ballet, we try to find its external border and allow the work to facilitate for the viewer to ask: What and Where is the ballet? Where is the limit, and if not there, where is the shadow?

This is not another balett but rather a (de)-folding one. A body that operates all of its directions, planned and directed but without pre-determined representation. A return to the ballet where the paradoxical logic collapses. An after-political subject, which seems to stand for everything.

Our third option is not one or the other, but both!
A war for love, a loving war, a love for war, a waring love. A ring for love. lovar and wing, wloaevr.
Concept/Choreography/Dance : Sebastian Lingserius | With : Love Källman | Lighting : Sebastian Lingserius & Axel Norén |Music/Sound Design: Franz Edvard Cedrins | Production: KASS Production | Co-production with : WELD | Developed in residence at: CCAP , MDT Stockholm and WELD | Supported by: Swedish Arts Council

SEBASTIAN LINGSERIUS
is a freelance choreographer/performer based in Stockholm. Educated first at the Royal Swedish ballet school and then did a master in choreography at DOCH. In 2011 Sebastian founded KASS produktion, through which he produces all of his works in close collaboration with venues such as Weld, MDT, and The House of Dance in Stockholm. By choreographing and dancing the last 10 years (training bodily and mental muscles on equal terms) he considers dance as a means to reimagine the human subject.

LOVE KÄLLMAN
is a freelance dancer, educated at the Royal Swedish Ballet School , who has been working in Stockholm since 2004 and worked with choreographers such as Björn Elisson, Malin Elgan, Cristina Caprioli, Eva Lundqvist, Dan Johansson, Mårten Spångberg/Xavier Leroy, Sidney Leoni and Ofelia Jarl Ortega amongst others. His collaboration with Sebastian Lingserius goes back to shortly after their completed training together, and he has previously participated in the works Magnetic fields,  Third phase, non-phase, alt.org and Mover.

FRANZ EDVARD CEDRINS
is a composer, choreographer, and visual artist based in Stockholm. He studied fine arts and media at Dramatiska Institutet and has since then presented work at Norrlands Operan (SE) The Royal Dramatic Theatre (SE) Sveriges Television (SE), National Theatret (NO), Steirischer Herbst (AU), among other places. His work encompass dance, sculpture, installation, photography, sound art, and music. As a sound artist, music producer and composer he has during the last years worked with choreographers such asGunilla Heilborn, Halla Ólafsdóttir, John Moström and Sebastian Lingserius.