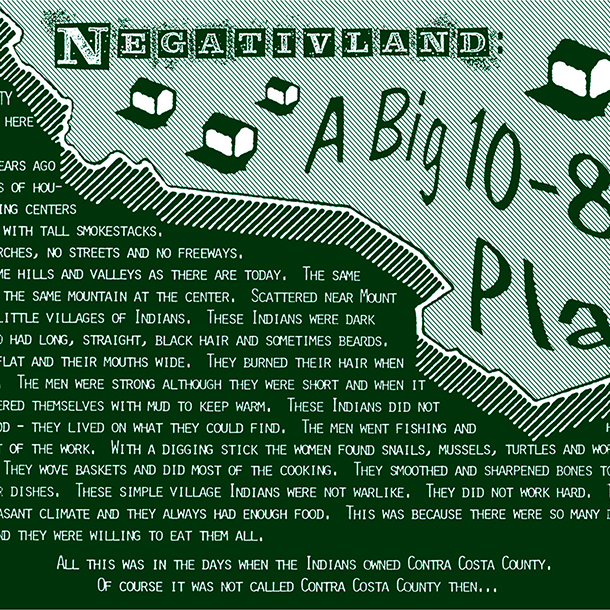 The inofficial opening of the month-long event, Acousmatic Lab at Inter Arts Center, will be an evening with Negativlands album ”A Big 10-8 Place” presented by Jakob Riis.

Negativland is an American experimental music band which originated from Concord, in the San Francisco Bay Area, in 1979. They have released a number of albums ranging from pure sound collage to more musical expositions.

A Big 10-8 Place is Negativland’s 3rd album, which is a concept album released in 1983. The album’s title is a reference to the radio ten-code “10-8”, which means “back in service” or “available for next call” in the context of common Citizens band radio usage. The lyrics and collage sound clips on the album make frequent reference to the CB radio hobby, as well as mischief like radio jamming.

This album took the best part of 3 years to construct on magnetic tape. Mark Hosler of Negativland repeatedly fine-edited immense tracts of sonic material before rejecting most of it and starting again. A meticulous voyage through tenth-of-a-second tape edits as the story of the Big 10-8 Place unravels. A journey across the topographical contours of Contra Costa County. With it’s unique blend of musique concrète, sound collage, songs and spoken word, this work offers an abundance of rich sonic material, perfect for being spatialized in the acousmonium.