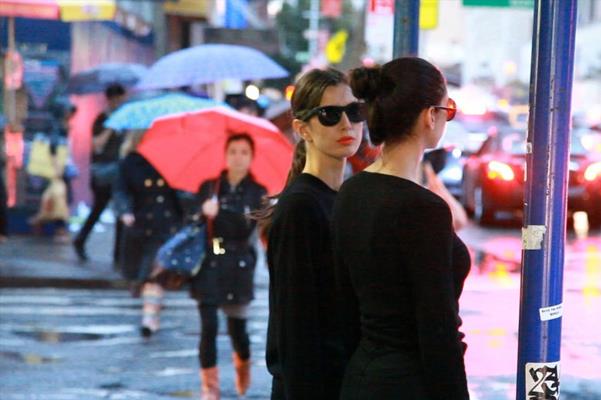 Maria Hassabi – The Ladies. Screening in connection with Soft City in Malmö

Six female performers, split into pairs, dressed in black clothing, black shades and bright lipstick, appeared on random days, times and locations throughout Manhattan over a period of two months. To keep the appearances unpredictable, specific neighbourhoods were chosen for each unannounced performance. Existing outside of any art frame, The Ladies moved in a particularly slow manner, often remaining in extended stillness. Slowing down time, they disrupted the pace of activity in the public streets and spaces, provoking passer-by to react by default.

Maria Hassabi (b. Cyprus 1973) is a New York based artist and choreographer. Over the years she has developed a distinct choreographic practice involved with the relation of the body to the image, defined by sculptural physicality and extended duration. Her work draws their strength from the tension between the human subject and the artistic object, the dancer as a performer and a physical entity. Hassabi trained at the California Institute of Arts in Los Angeles and the Merce Cunningham Studio in New York. Her work has recently been represented at The Kitchen, New York, PS1 MOMA and many other venues and festivals around Europe.