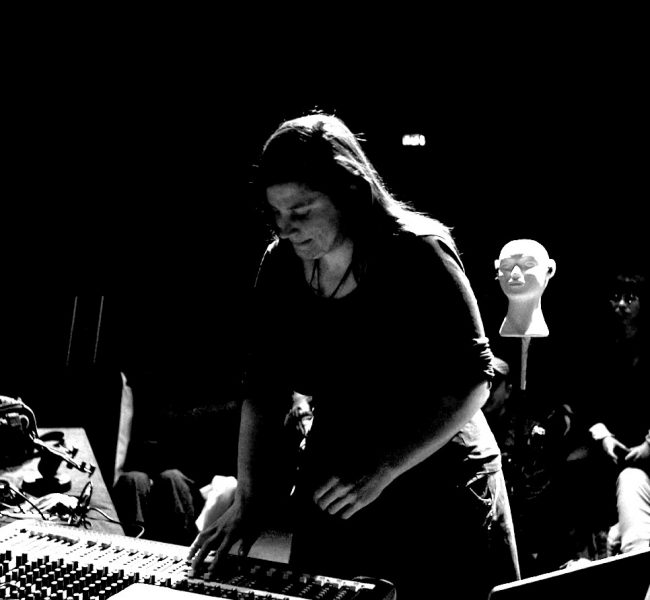 In collaboration with Make Sound Residency and the SOUND SPACES Festival

Lola Ajima is the artist name of Boe Przemyslak. She is a composer and sound artist educated at Conservatoire de Pantin in Paris, where she won the Prix SACEM when she graduated her DEM in electroacoustic composition. She was taught composition by Christine Groult and Marco Marini, and interpretation on the acousmonium by Jonathan Prager. She is very interested in the spatial dimension and changes of sound texture when it comes to giving the listener an intriguing and unusual experience. Lola is co-founder of Beats by Girlz – Denmark, which promotes and supports women, non-binary and transgender in electronic music, and co-founder of the Copenhagen based XYX Sound Collective with the mission to promote spatial and immersive sound experiences.

Lola will interpret three of her own works: “HyperRum” – inspired by Noah Creshevsky’s thoughts about hyperrealism, but where space is investigated as a found object; “Isskjutning” – during extremely cold weather ice tsunamis are spontaneously developed on lakes and crawl upon land. Movement of masses, fragility and power are the keywords; “((…..))” – composed from field recordings Lola has made during her stays in Berlin and Paris as well as from her childhood home in Denmark. A biographic work that plays with the entanglement and the ephemeral nature of memories.