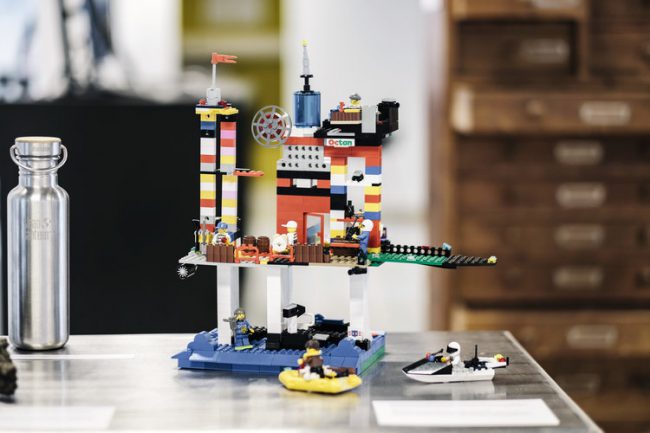 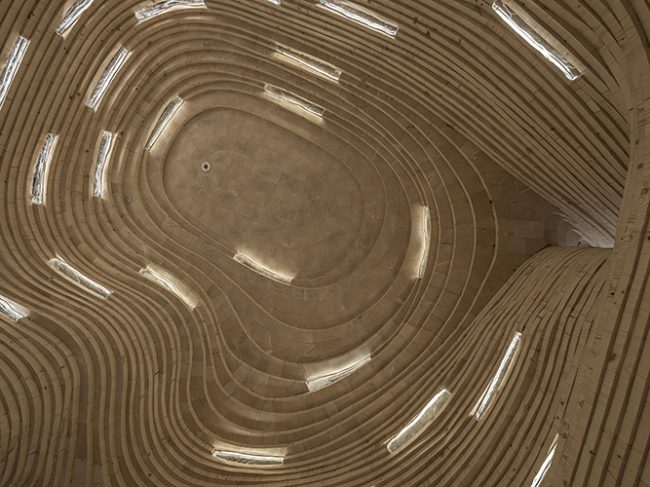 How do we engage in our climate futures?

Narrating Climate Futures and IAC welcome you to a seminar that brings together artists and researchers engaged in climate-related topics from many different disciplines. They all pose radical questions concerning time, imagination, urgency and transformation but work within or in and out of fields like artistic practice, academic research, social entrepreneurship and civic engagement. The seminar aims to raise questions around the thresholds and intersections of disciplines and publics.

10.30 ‘An imaginary library of our time, and future’ by Anne Beate Hovind, Chair of the trust of Future Library (An art project by Katie Paterson).

11.40 Shannon Jackson – reflections and possible entries to the panel discussion.

Narrating Climate Futures is a collaborative initiative exploring the prospects, limitations and power of different ways of envisioning alternative futures to catalyse the forms of political, economic and social responses required for a climate change world. There are a range of techniques to this end – from modeling and scenario techniques, demonstration and experimentation, to visions of societal transformation and cultural representations. While diverse in their aims, they all rely on forms of narrative: of telling compelling stories about the nature of a world that changes, or need to change, in response to climate change.

Johannes Stripple is an Associate Professor in Political Science at Lund University, Sweden. His research has traced the governance of climate change through a range of sites, from the UN to the everyday, from the economy, the urban, and the low carbon self. He has edited Governing the Climate: New Approaches to Rationality, Power and Politics (2014), Towards a Cultural Politics of Climate Change (2016) Decarbonising Economies (2021), all at Cambridge University Press. Johannes convenes the ‘Climaginaries’ (Swedish Research Council Formas) research project and the collaborative platform ‘Narrating Climate Futures’. Johannes has in the last years worked on a set of initiatives that through pedagogy, narratives and speculative design unlock imagination and portray life in a fossil-free or climate changed future. Examples of these are the low carbon mobile laboratory, a tourist guide to a fictional decarbonized European city (Rough Planet Notterdam), the Muséeum of Carbon Ruins, Memories from the Transition (A soundwalk set in Malmö), a climate fiction writing contest, and LU375, which is about imagining the future of the university through a fictional issue of the in-house magazine LUM, set in 2041.

Paul Graham Raven is a postdoctoral researcher for Lund University using the tools of science fiction and social theory to explore infrastructural reconfigurations for Anthropocene futures. He’s also a writer of poetry and fictions, a (gratefully) lapsed consulting critical futurist and narrative designer (trading as Magrathea Unlimited), and a literary critic and occasional journalist, with bylines in such venues as New Scientist, Wired UK, ARC Magazine and The Guardian.

Ludwig Bengtsson Sonesson has worked within the climaginaries collective since 2019, focusing on text, design and communication. Grounded in political science and later informed by sustainability science he is interested in the way creative practices can create moments where a different sort of repeating is possible – where futures can be explored, created and enacted.

Wooloo (est. 2002) is a Copenhagen based collective working in the field of social sculpture. Its practice embraces environmental design, organizational initiatives and game structures. Wooloo contributed to a number of major exhibitions, including the 4th Athens Biennale (2013), 6th Momentum Biennial, Moss, Norway (2011), Manifesta 8, Murcia, Spain (2010), and the 3rd Guangzhou Triennial (2008).

Anne Beate Hovind works at the interface of art, culture and business. She has lengthy experience working with stakeholders towards a shared vision of realizing complex and original projects. She sees herself as an interpreter between order and chaos. Her focus is on explorative versus linear processes and how this develops her both as a leader and navigator. She has been a project manager with responsibility for developing and change processes in large organizations, facilitated strategy processes, led innovation and development projects, and has been part of the top management teams in some of the Norway’s largest land-based construction projects such as a new university hospital, Oslo Airport and the seafront development in Bjørvika. She has been responsible for various areas such as communication, user participation, service design, training and art.

Anne Beate Hovind has for years been putting her energy and expertise in the city planning of Oslo producing two internationally known artworks; Future Library by Scottish artist Katie Paterson and Losæter/FlatbreadSociety by the art collective Futurefarmers. Both are ambitious, large-scale, impactful, collaborative works. She is the Chair Woman of The Future Library Trust. These projects have received much attention and gained great recognition both in Norway and internationally. Both are durational, ambitious, large scale, impactful collaborative works.

One thousand trees have been planted in Nordmarka, a forest just outside Oslo, which will supply paper for a special anthology of books to be printed in 100 years’ time. Between now and then, one writer every year will contribute a text, with the writings held in trust, unpublished, until 2114. All 100 manuscripts will be held in a specially designed room in the Deichman Bjørvika, Oslo. No adult living today will ever know what is inside the boxes, other than that they are texts of some kind that will withstand the ravages of time.

Future Library is commissioned and produced by Bjørvika Utvikling, and managed by the Future Library Trust. The room in the Deichman Bjørvika is designed by the artist and architects Atelier Oslo and Lund Hagem. The project is supported by the City of Oslo, Agency for Cultural Affairs and Agency for Urban Environment.

Shannon Jackson is the Cyrus and Michelle Hadidi Professor of Rhetoric and of Theater, Dance, and Performance Studies at Berkeley, University of California. Jackson’s research focuses on two broad, overlapping domains: 1) collaborations across visual, performing, and media art forms and 2) the role of the arts in social institutions and in social change. Her most recent books are ‘The Builders Association: Performance and Media in Contemporary Theater’ (M.I.T. Press, 2015) and ‘Public Servants: Art and the Crisis of the Common Good’, co-edited with Johanna Burton and Dominic Willsdon (M.I.T. Press 2016).