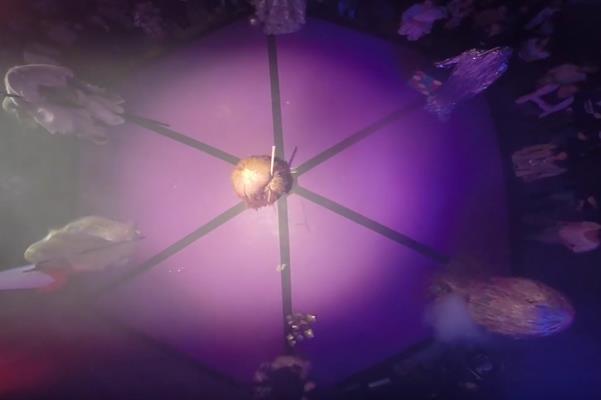 Henrik Plenge Jacobsen and others

Hex Ubu is a carnivalesque theatre performance that started with six figures on a hexagonal stage, a living sculpture acting out a ritual game that draws on Alfred Jarry, Samuel Beckett and European folk traditions. With the audience surrounding the performers on all sides, the play attempted to evoke scenery between animistic rituals and ludicrous gestures, and can be interpreted as an investigation of the dialectics between form and antiform and action versus apathy. A live soundtrack by the experimental musician Goodiepal was accompanying the piece, while Oslo-based contemporary dancers and performing artists made up the cast. At IAC we will screen a video documenting part of the performance, realized for Soft City in Oslo last year.

Henrik Plenge Jacobsen was born in 1967 and lives and works in Copenhagen. He was educated at the Copenhagen Art Academy and the Ecole Nationale Supérieure des Beaux-Arts, Paris. Jacobsen has a wide-ranging art practice that centres on sculptures, installation and performance.