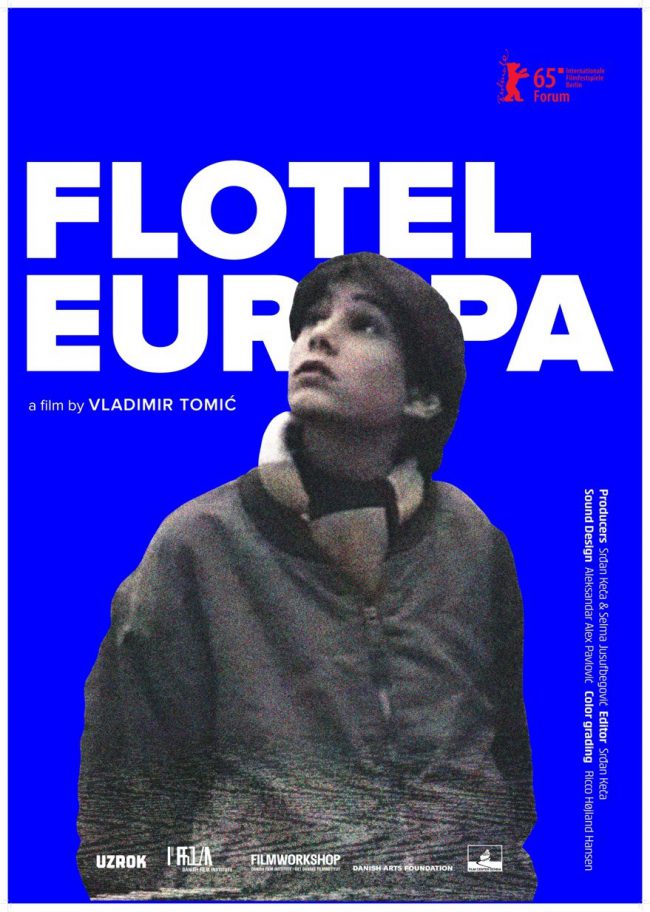 In connection with Vladimir Tomic & Ana Pavlovics exhibition ‘Love at last sight’ at IAC, we are happy to present Vladimir Tomic’s award-winning film Flotel Europa with an introduction by the artist followed by a conversation with Film Director Goran Kapetanovic.

The introduction and screening starts at 19.00, and after the film and a short break Goran Kapetanovic will talk to Vladimir Tomic about the film.

In 1992 a wave of refugees from the war in Bosnia and Herzegovina reached Denmark. With existing refugee camps completely full, the Red Cross pulled a giant ship into the canals of Copenhagen. The ship, Flotel Europa, became a temporary home for a thousand people waiting for decisions on their asylum applications. Among them was a 12 year old boy, Vladimir, who ﬂed Sarajevo together with his mother and older brother. They spent two years in the limbo of Flotel Europa. Two decades later, Vladimir Tomic takes us on a journey of growing up on this ship ﬁlled with echoes of the war — and other things that make up an adolescence. The coming-of-age story is juxtaposed with personal VHS archive material shot by refugees who shared the “space-time vacuum” of the Flotel.

“Through the time of making Flotel Europa I felt as I relived that period of my life as I used my personal story of a 12 year old kid who was trying to ﬁnd his place and live a normal life on a refugee ship, when not much of what was around him was normal. I fell in to a space between time where refugees often ﬁnd themselves when forced to leave their home in search of new stable ground. While making this ﬁlm I now could look at life from a distance as it is with all it’s ruthless beauty it made me lough and cry at the same time and I wanted a viewer to feel the same. Through this small personal story I tried to tell a much bigger story, of how Yugoslavia fell apart while I was jerking off.”

A film by Vladimir Tomic

Written and directed by: Vladimir Tomic