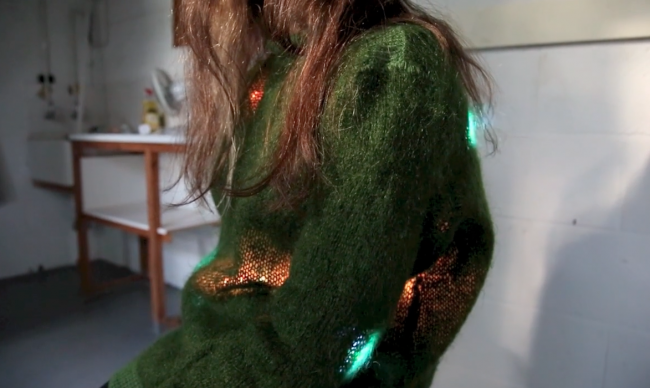 Fingers in the Gloss

Fingers in the Gloss is a new collection of works by Lisa Busby, using improvisations on playback media (turntables and cassette players) and other sound making devices as a basis for songwriting. It explores a territory where melody meets noise and collage, and song fragments float in larger structures. Lisa collaborated with artists Cara Tolmie and Kimberly O’Neill for the video single ‘Hollow Blown Egg’, and Ash Reid for the video single ‘Platinum Ash Rose Gold. She debuted the album at Café Oto in London and Arnolfini in Bristol in autumn 2015, and it has received radio airplay on London’s NTS, Resonance, and BBC Radio 3’s Late Junction. This date is part of a larger spring tour of Sweden, Norway and the UK, and is Lisa’s debut performance in Malmö.

Lisa Busby is a musician, artist and DJ. She performs and composes with bands The Nomadic Female DJ Troupe, Rutger Hauser and Sleeps in Oysters, as well as working independently. She is particularly interested in using domestic or outdated playback media as instruments, but also works in text based score, installation and site specific performance. She is Lecturer in Music at Goldsmiths, University of London, where she has designed and led courses in sampling, songwriting, music production, DIY music, and creative research.

“Fingers in the Gloss is a sometimes uneasy but always gripping mixture of music/songs and cryptic sound collages/noise. This album strips experimental music to its core, consisting often of the barest of textures and Busby’s voice, which is alternately fragile and indomitable.” Will Pinfold for Echoes and Dust

Ticket prices dates
The performance is free and un-ticketed.