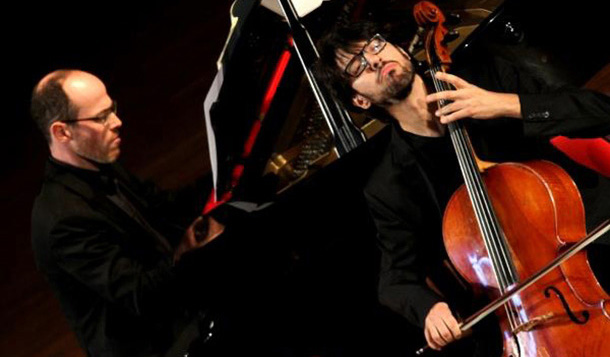 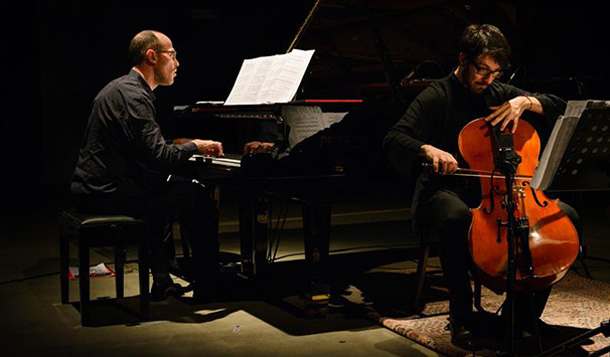 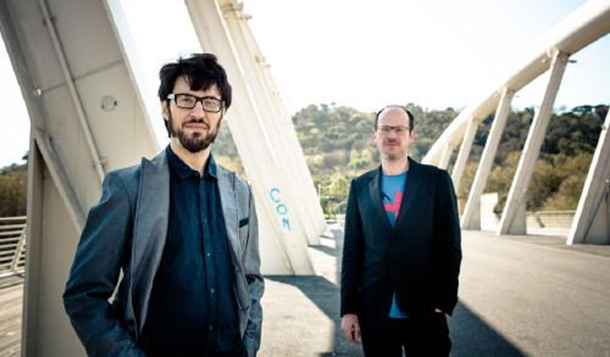 The original concept “Distant Voices”, designed by the italian duo Francesco Dillon (cello) and Emanuele Torquati (piano), is a time trip, a journey through our collective cultural memory. The repertoire includes both special re-elaborations of old folklore and western modernistic works by for instance Salvatore Sciarrino and György Kurtag. In this new version of the project, called “Distant Voices: Malmö”, the composers A. Perini and J. Sersam have worked out, together with the musicians, a new version especially designed for Malmö. This version is questioning cultural identity with special focus on the differences between Italy and Sweden. The concert becomes a journey not only through time, but also through space, both geographical and mental. From this particular angle we want to open up a new dimension in the concert concept and start a further development, resulting in possible corresponding project versions at other latitudes.

The music in Distant Voices is based on human voice, both considering its sonic and communicative qualities. Both transcriptions of romantic Lieder by Brahms and Liszt, and pieces where the voice is virtually present, such as in Peter Ablingers Voices and Piano and in Dit by Walter Zimmermann for cello and tape, will be performed.

The music that will be premiered in the Malmö version will in different ways connect to the idea of human voice and to the relationship between North and South. The piece by Jonatan Sersam, called sånger 2, the second in a series of duos, is inspired by the haunting poem Stationen by Swedish author Tomas Tranströmer. This piece presents a rather simple melodic line, which is later broken, cracked open and transformed into the silent screaming that the composer thought himself find in the poem. Alessandro Perini’s N-S, which includes electronics,  is instead based on two contrasting materials: samples from a kalimba coming from Zimbabwe and field recordings taken in Piteå, North of Sweden. The impossibility of integration between the two distant sonic materials lead to two separate, alternating sonic worlds, also recalling a poem by Transtromer, Two cities.

Malmö is a city filled with cultural differences. One main thought with doing this concert is to realize how different views on this cultural multitude might show in the music when the composers are faced with the same problem. Alessandro Perini is born in Italy and has immigrated to Sweden, while Jonatan Sersam is born in Sweden, but has studied and lived in Italy. Both lives in Malmö, but for sure they have completely different views on what it is to move, transfer yourself and adapt into a new environment and cultural ambience.

What is North? For an African, Sicily is North. For a Sicilian, Lombardy is North. For Lombardians, Malmö is way North, while the citizens of Malmo see themselves as “southies”. Even a seemingly simple thing as the geographical conception has many angles, which tends to be forgotten when people divide the world, and human beings, in different categories and continents. The new music added to this project will try to somehow challenge the western traditional referential framework, which is a just as difficult as interesting challenge.