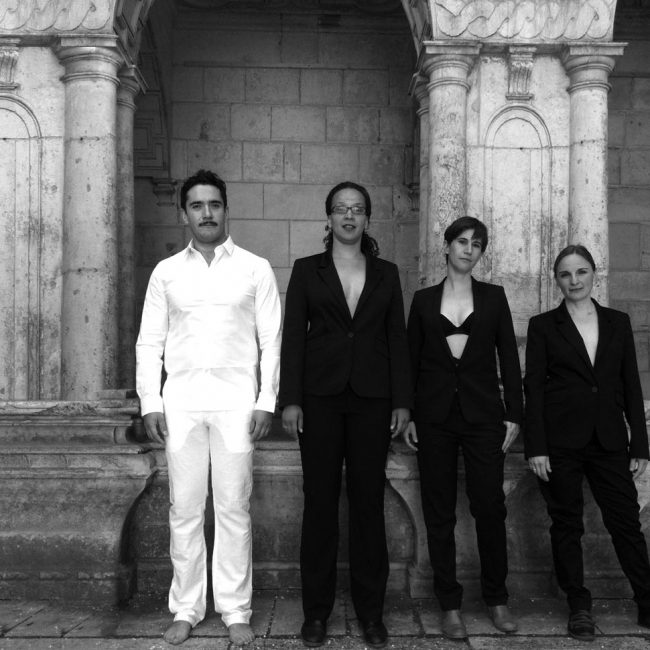 To describe Ensemble Vortex as a whirlwind is a useful pleonasm (redundancy in linguistic expression, such as “black darkness” or “burning fire”), because it emphasizes the extreme concentric mobility of an enterprising team of young performers and composers, globally trained in most of the homologated musical practices, in the service of a sustained policy of creation. Hence the observation that Vortex has a continuously expanding repertoire: more than one hundred works commissioned and created to date. At the source of this innovative effervescence, we find the meeting, in 2005, of a dozen young musicians from here and elsewhere (Switzerland, Europe, Latin America…), coming from the Haute Ecole de Musique de Genève, in particular from the composition class of Eric Gaudibert, whose intense and generous personality will accompany the adventurous development of Vortex until his own death in 2012.

Such an approach, methodically pursued, is obviously the result of the general evolution of artistic action. From event to event, it allows Vortex to diversify its references, to emulate them, to create and renew opportunities for active convergence with potential partners, musicians or not.
For their first Swedish concert, Vortex propose a concert articulated around recent works from one of its founders, the Argentine, French-based composer Fernando Garnero, for diverse media : electronics, video & a particular piece entirely done with instrumental feed-back.

From the rigorous writing of Michael Edgerton, derived from his approach to various scales and dimensions of instrumental gesture, in his piece for violin Mamre; to multimedia pieces that stage the body as a multifaceted instrument, such as Nystagmus by Natacha Diels and Swallow by Daniel Zea; to the ironic Folk you! by Arturo Corrales, which creates an iridescent and volatile sound world from a recovered folk melody, the idiosyncrasy of the ensemble is embodied in a heterogeneous and highly demanding program that faithfully reflects its particular path.

With the support of Pro-Helvetia.

Go back to the entire Inter Feral Arts programme.