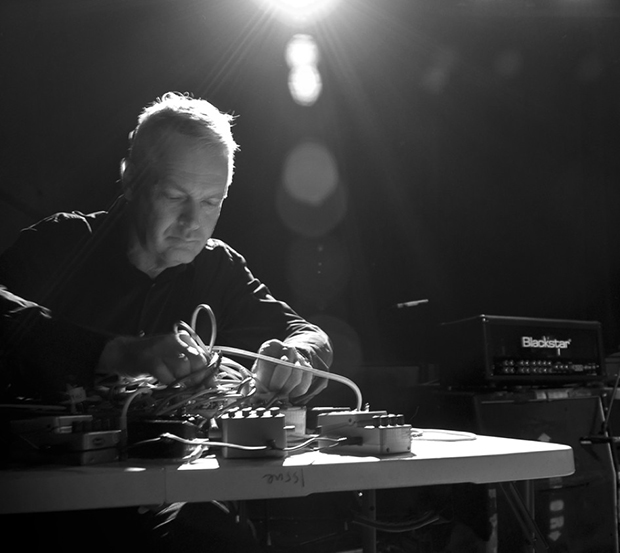 Low Fidelity builds on electronic feedback where the instrument partially comes completely out of control. The score becomes equal to the patching, which in it’s turn changes for every performance, and even during the ongoing concert. The sounds are created through the phenomenon that arises when electronic circuits are forced beyond their designated work areas. There the electronic fluctuations seems to become audible. The composition is not an attempt to recreate anything you could meet in nature, maybe rather an antithesis? Low Fidelity was commissioned by Weld with support from The Swedish Arts Council.

Kent Olofsson will play a diffusion concert presenting work-in-progress, with experiments utilizing the spatialization tools from IRCAM, as well as earlier/other compositions.

Mats Lindström works with electronic music both as a sound artist, composer and musician. He has often worked with visual arts, scenic elements, installations and with music for theatre, opera, dance and ars acoustica. He often constructs and builds electronic instruments and equipment himself specifically for each of his projects. Director of EMS Electronmusicstudion in Stockholm since 2004.