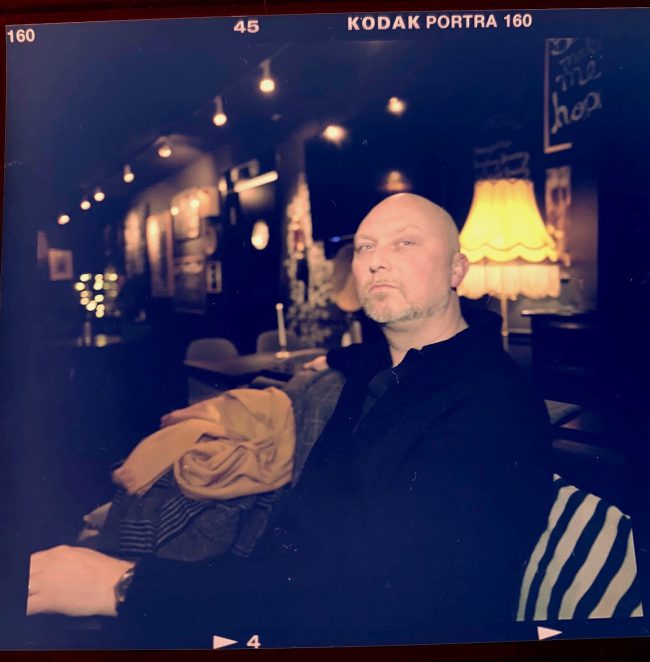 Magnus Bunnskog is a composer and playwright and works as dramaturg and artistic director at Audiorama in Stockholm, Sweden. He is also the editor of Nutida Musik, the only printed magazine for contemporary music and sound art in Scandinavia. His background from theatre and writing resonates in his musical work as a specific interest for the relation between voice, performativity, and music. As a member of the Albatross Theatre in the early 1990’s, touring Europe and West Africa with a number of productions, he later studied radio and film production, writing, and eventually got degrees in Theatre Studies at the Stockholm University, and music composition at the Royal College of Music and CNSMD of Lyon, France.

He has written a radio opera for the Swedish Radio Theatre and the Swedish Radio Symphony Orchestra, produced live-streaming performance art at Splintermind/Beeoff, worked as the musical director of the Folkoperan Opera Showroom, made music for player pianos, symphonic choirs, turntable sextets and much more. His works has been performed at festivals such as Sound of Stockholm, Norberg Festival, Transart Bolzano (Italy), Musik Biennale Zagreb (Croatia), Sügisfest (Estonia), Nordic Music Days, Bergmanfestivalen och SPOR Festival (Denmark). Bunnskog is currently a Composer in residence at the Riga Sinfonietta (2022).

Go back to the entire Intonal 2022 programme at IAC.