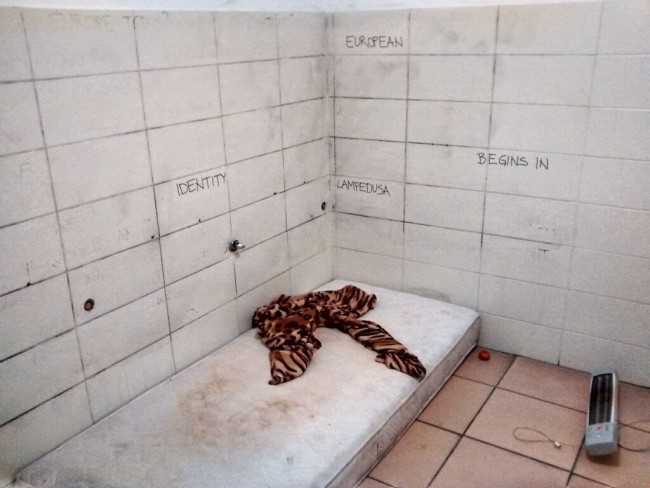 This Island
A theatrical exploration of the body, primitive accumulation and the image of the Other; the differences in reproduction of everyday life in two societies; and the political potential of contemporary theatre.

Nina Marković Matthis, Sally O’Nell and Milan Marković Matthis are reading Silvia Federici’s book “Caliban And The Witch”, Nina Power’s book “Onedimensional woman” and researching ways to stage these ideas – as a preparation for working on the performance “This Island”.

“(…)How can we think BOUT today’s refugee crisis, and more widely the immigrant crisis in Europe, outside of the usual xenophobic / humanistic binary? The performance starts from a premise that even though these two opposing ways of thinking give radically different answers, they most often come from the same starting point – that the fact that immigrants are coming to Europe has nothing to do with us. What seeing the Other as a threat to our culture or economy and thinking about it from the universal corpus of human rights both miss as foundation for analysis, is to realize how deeply we are connected to each other.

By combining Marx, Foucault, radical feminism and postcolonial theory, Silvia Federici’s book Caliban and The Witch offers one of the rare theoretical tools for analysis of both contemporary attack on women (in both Europe/USA and Africa/Asia…) and the bloody European colonial history – creating a field in which we can approach this issue outside the boundaries of hatred/fear and mercy/guilt. Another theme from Federici’s book important for this performance is disciplining of the body (further developing Foucault), especially the female body. The female body was “colonized” approximately in the same time as the creation of the first overseas colonies and it became what it is today – both a source of identity and prison. Apart from being one of the fundamental themes in contemporary dance/performing arts, thinking about the body from the frame proposed by Federici is a chance to tackle the deadlock of contemporary (mainstream, liberal) feminist social critique in Sweden.”

FyraBen is a Malmö based collective working in the wider field of contemporary dance, performance art and drama theatre. The group developed a technique called tricksterism or dramaturgy of betrayal, by researching what it means to be political on stage in a system that demands critique in order to maintain the status quo.