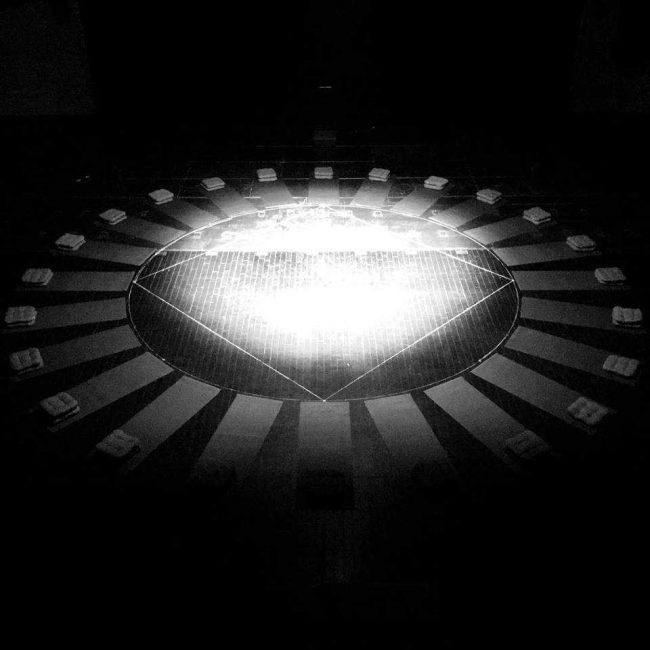 Most of the elements in our bodies were created inside stars*

Valby Vokalgruppe created the works Harmony of the Exospheres and Bølger af tid og rum (Waves of time and space) for Click Festival 2016 and 2018 as the two first parts of a universe trilogy. The last part of the trilogy will be composed as a part of their residency at IAC and performed in St. Johannes Kyrka at Intonal Festival 2020. The work will center itself deep inside the body and focus on Valby Vokalgruppes’ starting point: the voice.

The photo is from “Bølger af tid og rum” (Waves of time and space), posted at Click Festival 2018, and taken by Georg Rasmussen.