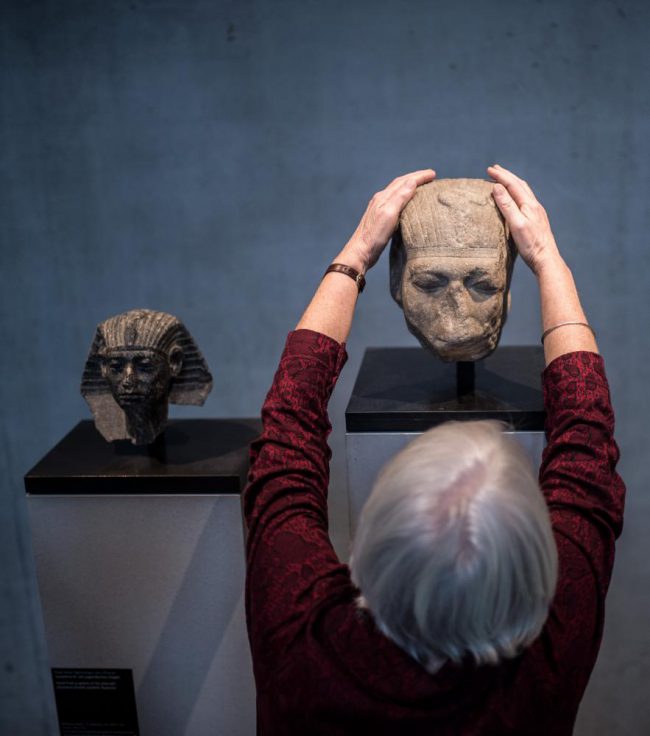 The project ‘Transmediating meaning’ is, in broader terms, concerned with the question of how museums can actually narrate and mediate meaning and information. It examines audio guides as exemplary complex transmedial formats on which objects, for instance, are translated into spoken texts, and thus into a different medium with different characteristics in regard to the perception of the artwork. Audio guides are not simple forms of art description; they do not just (or actually not at all) describe artworks, but construct and stage meaning, e.g. by creating certain interferences between objects and artistic ‘intention’ (on which many guides focus).

This is especially relevant when it comes to modern and contemporary art, moreover within abstract, conceptual, and political connoted art, because these art forms all assert a certain correlation between the ‘intention’ of the artist and the object. On (most) audio guides, the set out meaning they refer to only exists within the narration and performance in a juxtaposition to the displayed artworks. As the project suggests the mediation of art on audio guides are not (only) a form of art mediation/education which transfers knowledge, but which stages and performs meaning. This implies that audio guides do not need to create an understanding of art but can actually create a tension between ‘what was said to be demonstrated’ and ‘what was seen/actually shown’, and therewith become the object of aesthetic experience instead of being a didactic medium. Media characteristics and differences/similarities between audio format and ‘static’ art works have not been examined in detail yet, although a theoretical analysis of this specific medium is crucial for the democratic application of audio guides for specific visitor groups, such as visually impaired visitors. This visitor group functions as example within the project as it is so far widely excluded from (art) museums – and since specific audio guides cannot just function to mediate context and interpreted meaning as they usually do, but must replace the impossible gaze on the art work. Rather a few museums worldwide provide information for blind visitors by supplying texts in Braille, tactile guiding systems or at most palpation models. Hitherto, there are only a few specific guides in historical museums, almost none in art museums. Thus, this specific group of visitors is not only excluded from museum visits, but also from the art discourse in a more general way, namely from the societal reception of art, and from the production and application of knowledge derived from art.

Tying up on this, the project, has a very much practical concern besides its theoretical approach, namely to aim towards the production of a first audio guide for visually impaired people in an art museum in Sweden, grounded on the analysis of a few exemplary existing projects from different countries (e.g. Germany and the USA) and historical museum and on the analysis of ‘regular’ audio guides as a medium.

The residency at the IAC enables the archiving of relevant existing guides, their examination, and experiences with possible forms of (spoken text) mediations. The goal of the produced guide and the project is of course not to ‘educate’ specific visitor groups, but to address and discuss the production of meaning in the art field, and it moreover (potentially) encourages the awareness of exclusion/inclusion of visually impaired in museums at a time of positive changes when it is popular among museums to provide guided tours for infants and Alzheimer patients. It thus supports museum’s educational goals, as it implements new impulses towards inclusion, and, furthermore, demonstrates the societal value of academic research and humanistic theory and the importance of more artistic approaches.