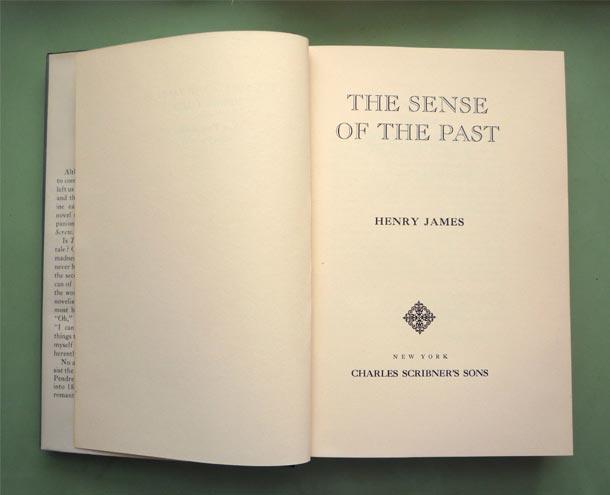 The Sense of the Past
Artistic research project by Matthew Buckingham, Malmö Art Academy

The artist’s act of borrowing methods and methodologies from disciplines outside the field of art (such as geology, sociology, botany, anthropology, ethnography, etc.) has become a key feature of contemporary art production.

Many artists have a hybridized practice, working across disciplines. Others bring strategies from another field into the art context as a way of critically testing that discipline or the potential of visual art itself. The problem that I am setting for myself in my PhD research and project is to ask what it might mean, as an artist, to borrow methods and strategies from the fields of history and historiography

I will submit my doctoral work in two parts, The Sense of the Past, and Subterranean Pass Way. Both parts will be visual-art projects that will explicate different relationships between theory and practice that will, in turn, be weighted differently in each. The Sense of the Past will be a sequence of writings embedded in a visual form, and Subterranean Pass Way will be a photo- and film-based work driven by writing and research.

Henry James left his novel The Sense of the Past unfinished.[i] In 1900 he abandoned its protagonist, Ralph Pendrel, a young American historian, when Pendrel was on the verge of knowingly trading places with one of his ancestors—embarking on a fantastic time-travel voyage. James may have given up on the story because of the apparent incongruity with his own writing sensibility, or perhaps because of the potentially unsolvable time-travel puzzle he had created for himself its center.

In any event the unresolved and incomplete state of the work leaves it open as fertile ground for reflecting on the task of the historian and the transference of one discipline into another. The ancestor that Pendrel believes he will become is portrayed in a peculiar family portrait showing a young man of the early 19th century who has posed with his back turned squarely on the artist and, subsequently, on all who view the painting later, suggesting that he has turned his back on the future preferring to look backward in time.

In The Sense of the Past I will expand the conventions of biblioraphy, annotation, and citation as a way of responding directly to Henry James unfinished novel, comparing and contrasting the problem of James’ notion of the fiction writer as historian with the figure of Ralph Pendrel, a fictional historian, in the forms of, marginalia, footnotes, appendices, glossaries, and illustrations that, when taken together, may be read as an independent essay on historiography in the hands of artists as well as a commentary on the unfinished James work

Subterranean Pass Way will be a work with which I will test different models of historical thinking. I will ask what role does the social and historical memory of the anti-slavery Underground Railroad movement play in defining the present moment for a specific social group in North America?

I will approach this as a case-study (using the term advisedly) for understanding how a “sense of the past” in relation to the Underground Railroad may function for a few specific individuals in a group. In asking this question I will pay special attention to the idea of moral community and the role of violence in the Underground Railroad narrative. I will ultimately juxtapose the reality of human trafficking today with the movement’s legacy.

In Henry James’ title there is a tempting metaphor: our perception of time-passing as sense-perception itself. The historian John Lewis Gaddis sees history as a tool for navigating between oppression and liberation, as the means by which a culture has a chance to see beyond the limits of its own senses. The continuity of time implied in William Faulkner’s well-known phrase: “The past is never dead. It’s not even past”[i] suggests that “history” is never “over” or resolved. For Max Horkheimer and the Frankfurt School the task of the historian was formulated in part as the task of preserving “the memory of suffering in order to foster demand for qualitative historical change.”[ii] Using the past as a roadmap to our present, at its best—even deconstructing constructed oppressions—can the art context constructively reintroduce experience and contingency to historical thinking?

I am proposing to experiment with history “reading” art and art “reading” history. If art is producing knowledge, or is a way of knowing, I see this as part of the process by which we make meaning from ambiguity or, when writing history, begin to lift off the burden of the past.

By bringing it into the art context I am not interested in putting history on display, but instead in experiencing history’s methods and problems, and in turning these problems over to the viewer. As a researcher I am tracking and recording that process, looking at what can happen when a story is (re)told at a specific time and place, when the viewer must partly become historian while seeing themselves as subjects at the same time.

I am, in a way, narrativizing my observations of this displacement. This would fail the objectives of written history but possibly expand the tool kit for navigating between oppression and liberation. I’m interested in asking “what kind of historical thinking and consciousness could that be?”

[i] The character Gavin Stevens says this in Act I, Scene II of William Faulkner’s play Requiem for a Nun

[ii] Jay, Martin; The Dialectical Imagination: A History of the Frankfurt School and the Institute of Social Research, 1923–1950. Berkeley: Unversity of California Press, 1973; p. 51