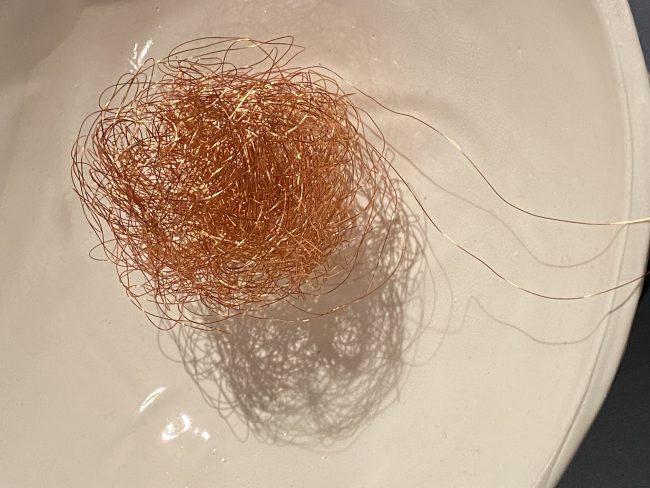 The Body Electromagnetic is a tactile and audio instrument-sculpture that Jenny Gräf Sheppard is developing with feedback from residents from three social institutions in Denmark; one for the blind, one for youth with psychological issues, and one for older people with Dementia. The work involves activating flat speakers that produce sounds via coming in contact with hand held magnets controlled by the users. It is meant to be played by multiple people at one time. The project is a slow innovation that takes time to work with. The aim for the Make Sound residency is to develop the instrument-sculpture further and to record and mix the sounds produced from it by the residents of the institutions as well as those Jenny makes herself.

Instead of a focusing on an end “product” of art, Sheppard prefers instead to emphasize sound as an event in which exchange, interdependencies and reciprocal relations occur. As with quite a few of her past projects, the various collective and participatory processes become integral to the work itself. The project offers new ways to collectively engage with and experience art. With the tactile speakers, new social constellations occur through listening and sounding, offering a chance for collective knowledge production.

Jenny’s works deal with listening as an expanded concept, one that works with an embodied sensorium as the apparatus through which these sound works can be activated. As a result, the project points to aesthetic universes comprised of interactions, gestures, sounds and touch.