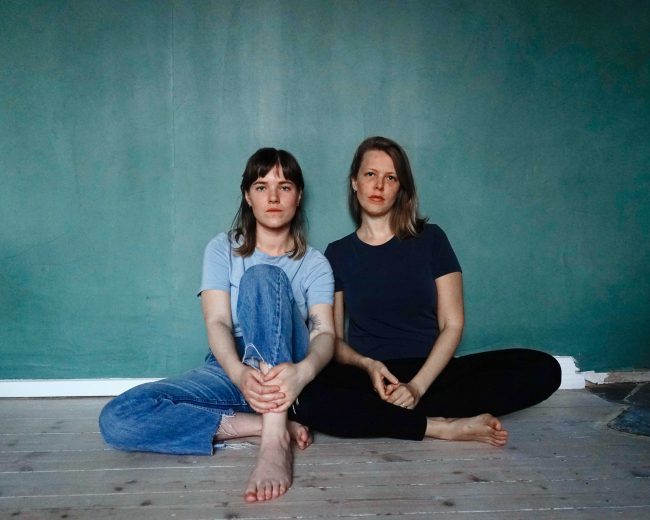 This project is a collaboration between the two feminist, Copenhagen-based collectives SØNTH and Crush String collective and the Danish sound artist Cecilie Sadolin.

During the Make Sound residency at IAC the artists will create a tribute to the programming language “COBOL” which was invented by Grace Hopper in the 1960s – a language which is still used today by the military, governments and companies. The aim is to create alternative notations/scores based on “COBOL”‘s programme structure and to create an improvised concert based on these.

SØNTH collective consists of the two electronic composers ALOO (Sofie Søe) and Cecilie Penney. Through SØNTH, the two artists curate a platform where female, trans and non-binary artists can support each other in creating current experimental electronic music of high quality.

Crush String Collective is a creative, experimental string ensemble, who improvises and composes their own material by exploring all aspects of the string sounds, from inside out, outside in, up and down.

The two collectives will be joined by Cecilie Sadolin, a Danish composer and sound artist who specializes in sound design, created in the meeting between analog instruments and electronic processing.

Read more about how to apply for the Make Sound Residency at IAC.