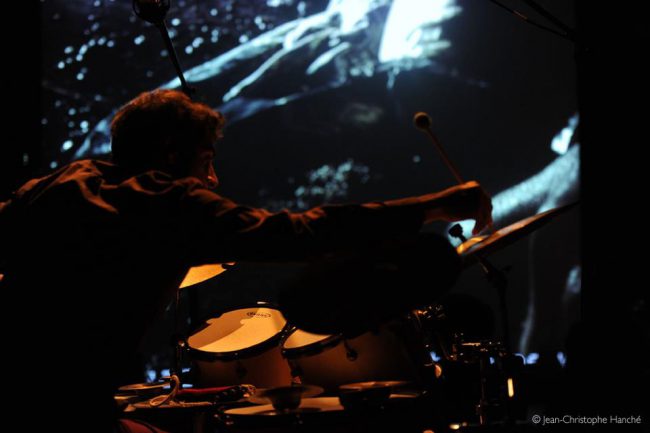 ‘Rêves accaparés’ is a reflection on the different appropriations of sound worlds by state structures and multinationals. An open vision of how sound can become a tool of control, serving to provoke joy, fear, relaxation, violence, torture, the dispersion of the masses, or even to stimulate sales, etc…

Sound and music are very precise languages, multinationals and states understood this very well, and make use of them in many ways. States noises examples are excessive and fully measured. The various authorities in place use, as often, the research conducted during the wars to use new artifacts, and this for several millennia. Isn’t the sound power of the trumpets mentioned for the conquest of Jericho?

Developed by all civilizations, music has useful functions (music for work in the field, war song, lullaby, etc…). But western civilization is perhaps the only one to have sought to use sound and music for destructive and control purposes at this level. The various studies show that sound alone is not convincing as a lethal weapon, but that it is as a means of persuasion and torture absolutely effective. And when associated with other aspects, – visual, physical or spatial movements, it becomes dangerously used to its maximum by our societies.

Music, sound art, is intimately linked to spirituality and to religion. Its connection to the invisible world remains magical, and humans are absolutely touched by this art which is often sacred. What civilization can at the same time absolutely adore this art and destroy this link to the sacred? What civilization can place artists in the rank of half-gods, and at the same time use their music to torture other humans?