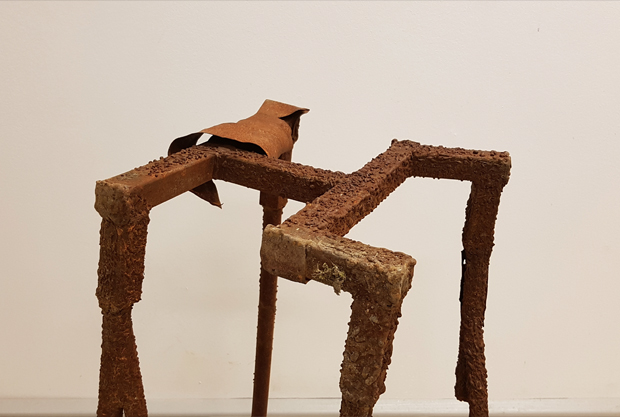 RA, or re: the Whole
artistic project

Hanni Kamaly, a former student of Malmö Art Academy is on a one month residency in our artist studio. She is working on“RA, or re: the whole”, a project centred around the confrontation of the self and the Other, by introducing the object as interchangeable of either elements and as the border between the two. The object is given a narrative that playfully oscillates between historical and fictional representations while constructing a physical concept of humanisation. Depictions of living creatures and supernatural character are examined as visual interpretation of the Other by representing them as sculptural objects in metal. The static images of savages, animals and aliens are compared to material artefacts in order to question and expand our perceived definitions of what constitutes as a non-human being. The project attempts to bridge the gap between these definitions by overlapping visual and bodily awareness of the self, the Other and the object. The project will be presented as a spatial / multi-dimensional mind-map constructed by a series of sculptures and videos.