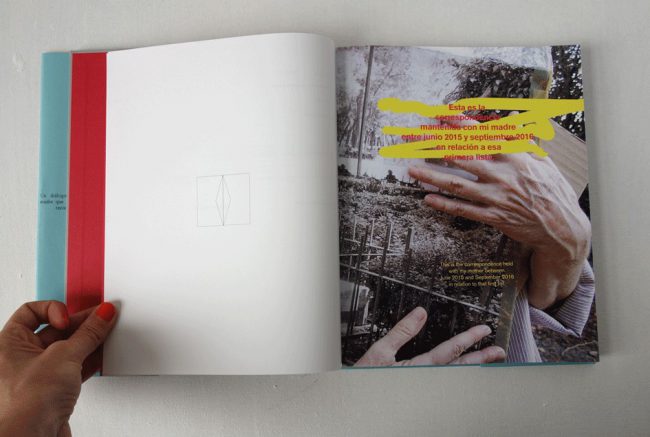 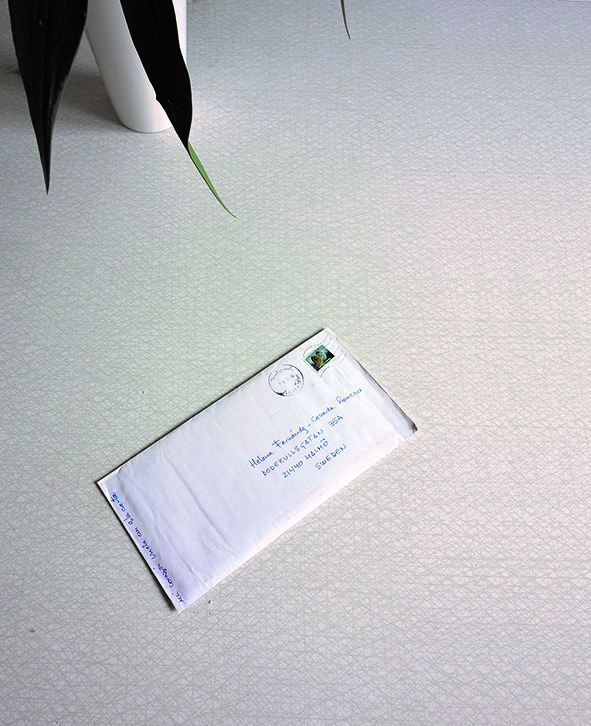 Letters to my mother. Cartas a mi madre
Helena Fernandez-Cavada

“What was forbidden in Spain during the dictatorship?”, asks Helena her mother. “Living. And thinking”, answers the mother. These words are the starting point of an epistolary conversation brimming with confessions about their intimacy and daily life over different ages. After ten years of living abroad, this exchange is an attempt to grasp the various narratives that conditioned the artist’s upbringing, in a country where Catholic religion and Francoism were the official doctrine until a year before her birth. In this experimental correspondence each of them uses their most intimate language: Helena draws, her mother writes. “Letters to my mother” collects a total of nine letters whose strokes and marks draw unexpected relations.

Helena Fernandez-Cavada launches her new book at IAC with an installation of some of the qoutes from her mother.

At the opening of the installation and book launch, Wednesday February 21 at 19:00, there is conversation with the artist.

Letters and roots is also supported by Inter Arts Center and the Spanish Embassy in Stockholm.