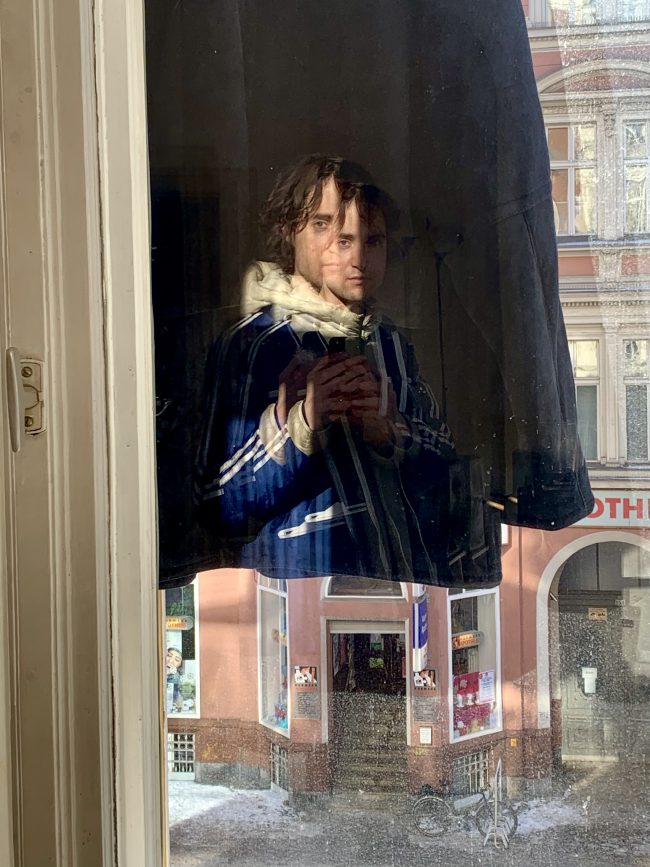 For “Your sonic medicine” Paolo Thorsen-Nagel will be conducting practical research on different modes of listening. How we perceive sound in relation to space, both physical and mental, will be the driving question for a series of sonic investigations revolving around our listening sense. These experimental settings aim to produce both, more documentary findings, as well as interactive and performative works.

Central to Paolo’s studio practice will be a series of works that perform sound as a fluctuating entity, making use of moving speaker arrangements and variable spatial settings; understanding the space-performance-listener arrangement as a fluid and co-dependent composition, as it were.

Paolo Thorsen-Nagel (b. 1985, Chicago) is a German-American musician and artist. His sound, performance, and moving image works evoke different forms of listening and in turn question their relationship to physical and psychological space, as well as their visual dependency. Recent projects include “Transparent Things” at twenty years and “One Slice of the Landscape” at Art Berlin (2019), “The Place” at the Edward Krasinski Studio, Foksal Gallery Foundation, Warsaw and Windowlicker at Balice Hertling, Paris (2018); “Interiors II” (Athens), Listening Space, documenta 14, Athens (2017). Ongoing collaborations include the works “Fire on the Mountain” at Kunsthalle Düsseldorf and SUN DOWN MOON UP at Serpentine Galleries (2019) with Megan Rooney, as well as performances with Tobias Spichtig, at the Hammer Museum, Los Angeles (2015).

He was sound and music advisor for documenta 14, as well as the curator of Listening Space, Athens, and co-curator of the documenta 14 concert series at Megaron, the Athens Concert Hall.

Read more about the IASPIS residency at IAC