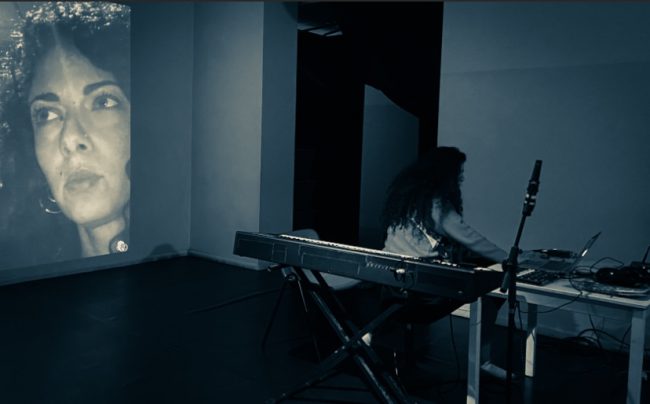 From 2018 they began to develop an interest in documentary theater and followed a path of research and production which sees them engaged in a path of artistic research, social investigation and production, which uses documentary theater to deepen the debate contemporary politician, addressing issues that embrace geopolitics, human rights, activism, international relations in the countries of North Africa and the Middle East.

Now they are creating with the Egyptian musician, sound artist, Oud performer and composer Yasmine El Baramawy the documentary theater show “Fuga dall’Egitto”, a work that which sheds light on the phenomenon of the post-2013 Egyptian diaspora, or on all those activists who, betrayed by the military and threatened with repression and torture in Egypt, they were forced to choose the precarious and painful path of exile.

Yasmine El Baramawy will compose the music for the show, playing her pieces live and taking a direct witness role in the show. Yasmine’s music and her presence on the stage represent a crucial dramaturgical link in the show, they are the bridge between the audience and what the show tells and will guide the viewer into an unknown sonic and narrative universe.

Miriam Nicola and Yasmine would like the show to include more points of view. They would like the viewer to feel part of a research process and the protagonist of an experience that is built up every minute on the scene, was able to choose where to place oneself within an incredibly real panorama made up of international relations, economic interests, trafficking, politics and realpolitik, regime and revolution, criminal revolution and peaceful revolution, paranoia and special surveillance, in which it is necessary to slowly descend in depth to overcome the concept of good and bad and intimately understand the meaning of humanity.