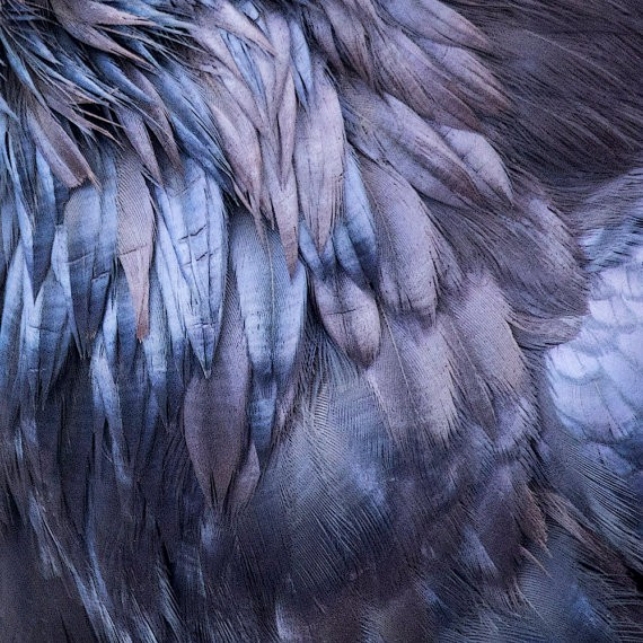 A solo dance performance inspired by the Japanese photographer Masahisa Fukase, his book Karasu (Corps), its basic thematic and the raven (species). The work revolves around Fukase’s central themes: isolation and tragedy at different levels of depth and abstraction. A spectacular yet fateful collage that mixes dance art, movement, projected images and filmed sequences, silent sounds, drone and deafening lamentations in a cinematic way. It should hurt in the same way as when massaging a bruise.

3D-projections (front and back) are projected onto film-screens and veils located at different places and levels of height in the room. This in combination with projection-mapping make an illusion of interaction between the living body on stage and the projections possible. Projection mapping uses standard video projectors, but instead of projecting on a flat screen, the image/light can be projected onto any surface, turning ordinary objects into some 3D form into an interactive display. This is a relatively new technology and therefor needs to be explored with experts in order to fully understand the potential of technology and how it is best used to serve the work. Jörgen Dahlqvist, artistic director of Teatr Weimar in Malmö, will join the production in some capacity and is well experienced in using new technology in theatrical settings. Scene costumes and mask in varying degrees of “theatricality” is another central tool that will be used in the work and expert help will also be used for this.

Fukases Karasu was made between 1976 and 1982 in the wake of his divorce from Yōko Wanibe, and during the early period of his marriage to author Rika Mikanagi. Fukase’s original title for the series was Tonpokuki or “Winter Journal”. The series’ visual story revolves around the corps’s anthropomorphic form. Dead and live birds punctuate the work, lonely birds are reduced in the shadow play against the snow or shifted flocks that mimic the grainy of the photograph itself. Although it is mixed with other subjects such as snowstorm ravaged streets or the fleshy form of a naked masseur, it is the recurrent presence of the ravens which affects the unmistakable and cinematic tone of work. Akira Hasegawa summarizes Karasu with the following in his afterword in the book: “In the case of Fukase, the object of his gaze became raven. For him, “the raven” was both a tangible creature and a fitting symbol of his own loneliness “. At the end of the project in 1982, Fukase himself wrote mysteriously that he had “become a raven”. Fukase emerged as a photographer in the aftermath of World War II and Karasu has sometimes been read as a comment to the shadow that fell over Japan because of the defeat. In summary, this abstract enigmatic monologue is open to several interpretations. However, the photographs primarily reflect the photographer’s personal dark outlook on life. The raven is a mythical bird. It is probably due to the raven’s gleaming black feathers, ascetic, peculiar lips, and its reputation for “wisdom”. The raven is considered a sinister scavenger, known for eating people who died in war or executed, is associated with the dead and with lost souls.