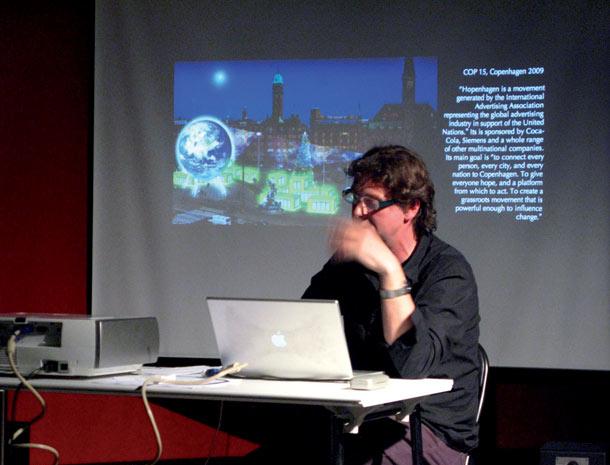 OPTICAL GUIDANCE is an operational technique to be used in various situations and in different modes. In all its simplicity the technique means that the chief of operations places police squads, vehicles or mechanical defenses in such a way, that demonstrators or other traffic is led in a certain direction.

OPTICAL GUIDANCE is and has been used often in connection with demonstrations, that are expected to evolve into street riots. For example because the most aggressive demonstrators as a rule will not keep to a sanctioned route, but aims for objects – buildings, companies etc that they are hostile towards – to vandalise.

In connection with riots or potentially violent demonstrations police squads with shieds must never be places alone as OPTICAL GUIDANCE. These units are too vulnerable towards stone throwing or molotowcocktails. In such situations armed vehicles is the solution; the police units are inside the vehicles, ready to act, with forexample rapid reaction technique.

SHOW OF FORCE is a technique that sends a very clear message. It demands a large amount of ressources and it requires that these ressources are used in a manner that the technique involves.

SHOW OF FORCE is ultimate. There is nothing to negotiate. Everything will happen as commanded by the police. This is the substance in this technique. If this technique is to be implemented optimally though, in some situations it can become necessary to communicate this resolution of the police to the public in general and of course, also to the specific groups that the operation is directed towards – i.e. certain kinds of troublemakers. Mistake is not an option. Everybody should know where the police stands, and what to expect from the police-forces.

In other circumstances it can be relevant to demonstrate the SHOW OF FORCE – technique by presenting new equipment in the public; new vehicles, new kinds of weapons or equipment etc. To make it perfectly clear to everyone – also to eventual troublemakers – that the police is ready. In both cases the police is directing the psychological reactions of the combatants; moral is weakened and the urge for violence and destruction is reduced.

when riots is occuring in city-areas with small narrow streets and squares. Where a dynamic, offensive strategy RAPIC REACTION is an active continuation of Show Of Force. This operational technique is especially usefull, is required. When its required that rampaging demonstrators are arrested in as large numbers as possible.

In advancing towards stone throwing crowds vehicles are driven by high speed with all light son, also roofprojectors and sirens, directly into the center of riots. Here the units proceed by foot, either behind the vehicle or on both sdes of the vehicle.

If a number of troublemakers are to be arrested the push forward is made in more directions, co-ordinated so that the concerned at the given moments is surrounded by armoured vehicles and armoured police units.

In situations where riots i certain parts of the city are to be expected, specially educated civil units of arrestation can be inforced in advance. The task of these units is to identify and eventually arrest particularly aggressive and dominant participants in violent protests.