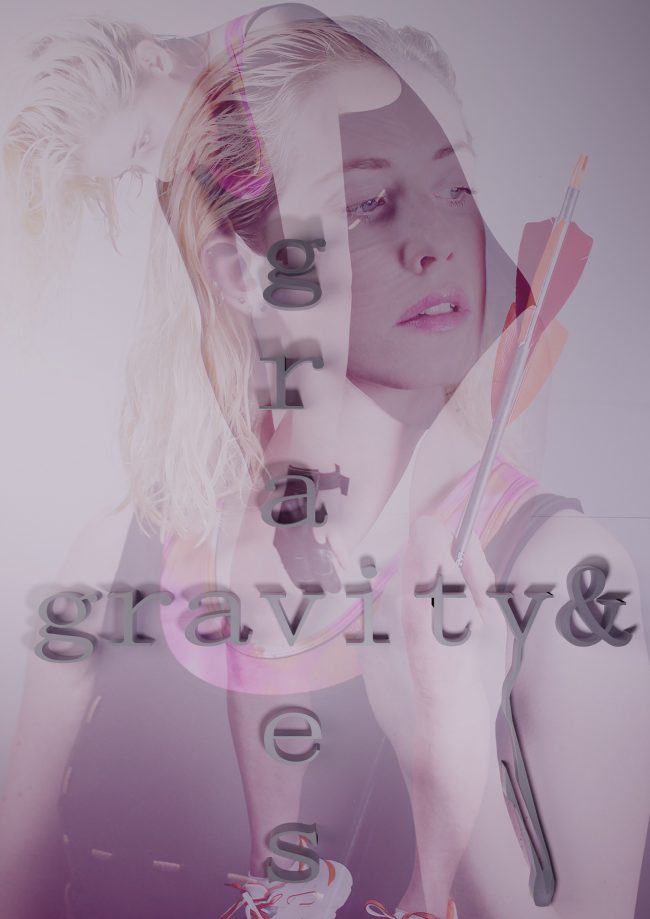 Theatre is routinely praised for it’s liveness and presumed intensified now; its ephemerality rendering it a quality of exclusivity. In ‘gravity and graves’, this ephemerality is instead perceived as all kinds of trouble. Because, when things begin they tend to end. This fact is concentrated in the theatre event: by starting, it’s inevitably moving towards its finalisation. Birth is, after all, the route to death. From this point we start.

‘gravity and graves’ is a polyphonic solo that underlines the stage and the body as sites of transience and finitude. This chronophobic understanding of time is embodied in a feminine being, a she on the verge of mania, nostalgic about her babyhood and in constant combat mode. She knows: time is not for girls. Too good for narcissism, but still not good enough. She never got over anything really. She; a stranger, her body; a never ending gothic story. Accompanied by a phantom body, a somatic double-exposure of that which will never be; the too late, the never again (even if that never again never even existed). Her body is a container of bad news, obsessively attached to that which keeps slipping away. If she only knew how to move through time without passing with it!

‘gravity graves’ won’t last. All we are sure of is that by the end of the show time will have passed.

Premiere at Inkonst 27th of August 2021. Save your tickets here – inkonst.com

<<< Back to Johanna Malm’s page