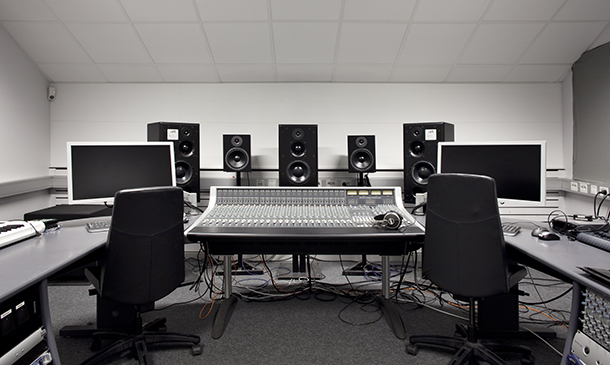 Studio A of 27,15 m2 is located on the fourth floor. This studio is designed to be used both as a mixing and editing studio for sound and video, as well as a recording studio in connection with the Red room. There are 24 mic inputs and 8 return lines from the Red room to Studio A. It is also possible to connect the Digidesign Venue system with the MADI and record analog and digital signals from the Red room simultanously.

The studio is equiped with a 5.1-system for surround mixing. There are two computers, one with Pro Tools as DAW, the other one with Logic. Both systems can be controlled with the SSL AWS-mixer which acts as both an analog mixer and DAW controller surface.

Extra equipment such as external effect units and MIDI controllers can be installed for specific projects.