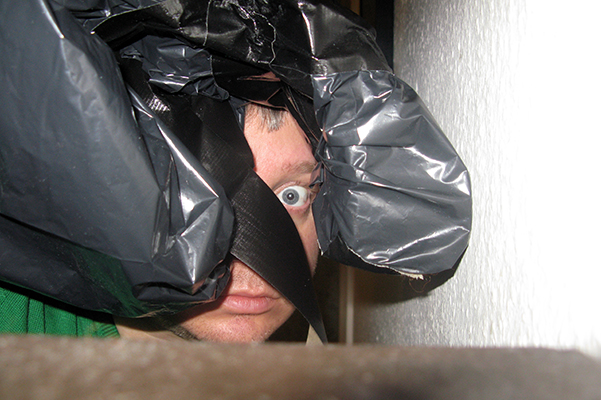 Many religions posit a mythology, a doctrine about some deity being able to see everything everyone does. Part of that positing is a hard demand to pray, ask for forgiveness for what the deity has seen. A ritual is demanded. A ritual, in Christianities, meant to be kept secret as the deity rewards solitary ritual. As psychoanalysis claims, our culture has trained us to be exhibitionists and voyeurs. Loving to show. Loving to see. Demanding new ritualistic ways to be seen by as many people as possible, and see as many as possible. Security cameras. Social media. Reality television. A ritualistic movement toward assuming the position of an all-seeing prosthetic god, as Freud would put it…and being seen doing it.

This is a part of Leif Holmstrand’s ongoing Asami Kannon 2015 project and one year residency at Inter Arts Center.