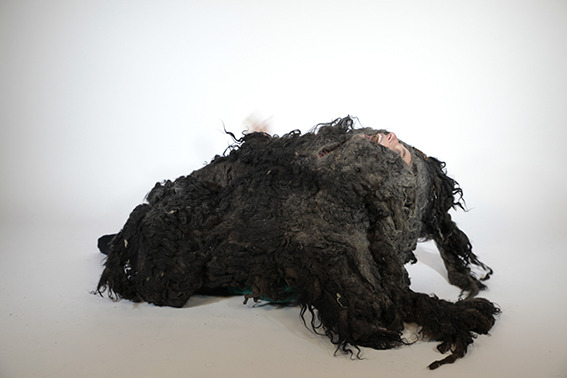 Transistor 8: “We (work in progress)”

During Transistor 8 J&K will give a short presentation of their practice and show some of their previous works that have been leading up to their current project. Afterwards they are offering a workshop during which they will share their specific research method ‘guided meditation into object consciousness’ on which the new piece is based and invite the audience to participate in a semi-performative experiment.

With their new major work We the acclaimed visual art duo J&K / Janne Schäfer and Kristine Agergaard are for the first time creating a work that is specifically developed for the cross disciplinary field between visual and stage art. The work is created under a 1,5 years residency with Inkonst and IAC and will premiere at Inkonst March 2020 as a durational 18h performance including sleep-over on stage.

J&K haven been collaborating as a visual art duo since 1999 and have since investigated intervention, staging and performativity practises in their works. With We they are presenting a new approach towards the fusion of performance and installation art deepening their ongoing exploration of performativity and agency.

Collaborating and communicating with “non-human” species the work dissolves a traditional human-centric hierarchy and focuses the perspective on performing objects as conscious agents. The piece contributes to the urgently needed rethinking of the relationship between culture and nature in the face of the climate crisis and explores new forms of co-existence between human and non-human forms.

We is strictly created through a unique research method in which the artists explore artificial and natural materials and objects from which they receive input for script, performance and set design. Using meditation techniques the artists meet and engage with objects, virtual images, minerals, plants, machines, smells, etc. as an attempt to create a language across life forms.